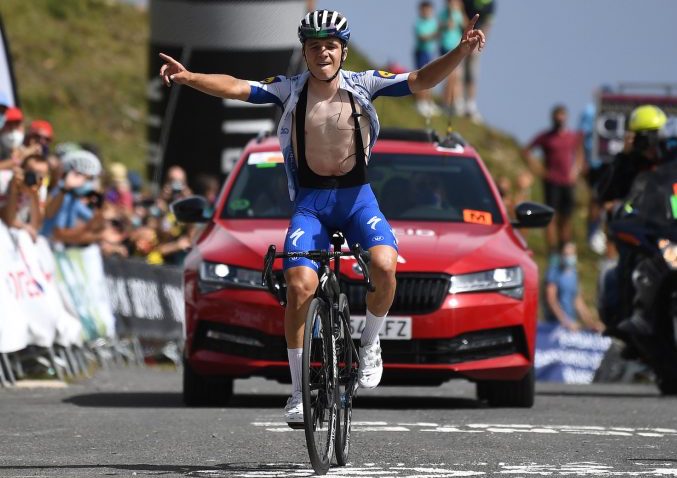 Remco Evenepoel (Deceuninck-Quick-Step) dominated his rivals on the final climb to take victory and move into the overall lead after stage 3 of the Vuelta a Burgos.

Astana’s Rodrigo Contreras was the first climber to launch an attack on the brutal final climb but was soon caught by the reduced pack that was led by Mitchelton-Scott. With 2.4 kilometres to go, Esteban Chaves launched an attack from the small pack that caught the last man of the breakaway and was followed by George Bennett (Jumbo-Visma), Remco Evenepoel (Deceuninck-Quick-Step) and Richard Carapaz (Ineos).

A few metres later, the Belgian changed the pace and went away by himself. The rider crossed the finish line on his own. Behind him Bennett, Mikel Landa and Chaves and Joao Almeida completed the top five.

“There was a lot of wind, especially in the last few kilometres,” Evenepoel said.

“The last kilometre was really hard. I was already going flat out and there was a full headwind, but the wind was the same for everyone and I could hear my gap was increasing. For sure, without the team, I wouldn’t have achieved this victory. They kept me out of the wind all day and they brought me bottles. It was my job to finish it off, as a thank you to the team.