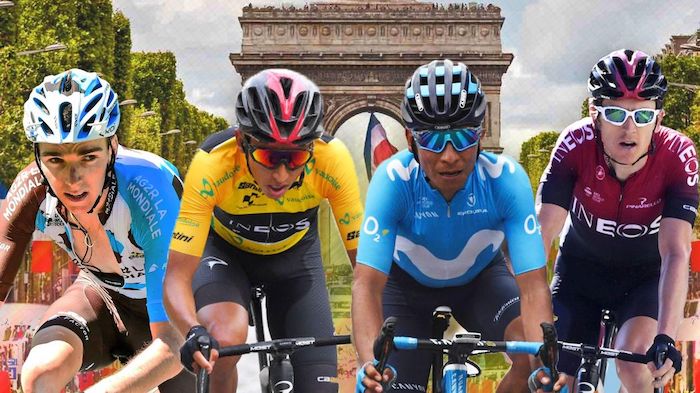 (AP)  With four-time winner Chris Froome out, nursing broken bones, two of the big questions at this Tour de France have been whether other contenders who’ve long ridden in his shadow will now be more willing to attack and who, on his team, will fill the vacuum left by the British rider’s absence.

On Thursday, the Tour is expecting some answers. A fiercely steep climb on stage 6, with an eye-popping 24% gradient at the top, should separate genuine contenders for the Tour title from also-rans.

On the 7-kilometer (4-mile) uphill to the Planche des Belles Filles ski station, scaled with legs already stinging from a succession of climbs earlier in the day, there’ll be no hiding places for riders who aren’t in tip-top shape.

For riders looking to profit while Froome recovers from a horrific crash in training, the hairpin bends among dense woods often thick with mushrooms in autumn will be their chance to make a mark, to stamp their authority on the race as Froome did so often when roads went uphill at previous Tours.

“We will find out a lot,” defending champion Geraint Thomas said. “It will be a challenge.”

One of those challenges could come from within Thomas’ own team, in the shape of lithe Colombian climber Egan Bernal.

With Froome out, Thomas and Bernal have been promoted to co-leaders at Ineos. But that precarious balancing act between two contenders for a title that only one of them can win in Paris on July 28 could start to fall apart if one of them seriously struggles and is left behind by the other.

The particular sharpness of the final climb would appear, on paper, to be more suited to Bernal, as suggested when he got a five-second jump on Thomas on a much shorter but also quite steep incline at the end of stage 3. By no means a disaster for Thomas, it was still a possible harbinger for Thursday’s far longer and taxing final ascent.

“That sort of climb favors the punchy, pure climbers, Egan for one,” Thomas acknowledged.

Although only riding his second Tour, Bernal is wowing his teammates. Luke Rowe, who rode with Froome for three of his Tour wins, says Bernal has the same “pit-bull mentality.”

“They want to go out there and they want to rip the legs of people. They’ve just got that tenacious mentality, and Egan has that,” he said.

For Julian Alaphilippe, stage 6 will be another day to savor in the canary-yellow jersey, after he held onto the overall race lead on Stage 5. But Alaphilippe is not a pure climber. More the explosive, instinctive type, Alaphilippe may struggle to keep up with mountain specialists like Bernal should they go full-gas.

Or he may not. Because it’s not as long, high or arduous as even tougher climbs lurking in the Alps and Pyrenees, he might cling on as the first French rider in yellow for five years.

And the climb could fizzle rather than pop, playing to Alaphilippe’s hand, if top title contenders decide to hold back, preferring to save their biggest battles for decisive climbs in Week 3.

“It’s hard to say where everyone is from the last few days,” Thomas said. “Obviously Alaphilippe’s flying and he suits those sort of climbs and he’s certainly shown the form to hang onto the jersey, but we’ll know much better tomorrow.”