This year, the race starts on the 1st July in Copenhagen. For those wondering, yes! Copenhagen is in Denmark. Down the years, cycling , in particular the Grand Tours have tried to internationalize the race. One of the most memorable starts outside France remains Yorkshire, England in 2014 while the most unlikely and interesting start remains the depart of the Giro 2018 in Israel. The 109th edition will consists of 23 climbs classified as 4th, 3rd , 2nd, 1st and hors categories.

The Tour De France 2022 will end on the 24th July with the traditional Champs-Elysees, Paris parade!

13,2 km transits the categorisation from a prologue to a proper time-trial. The profile may be flat but the roads are very technical. As all eyes are on home-boy Mads Pedersen but other Danish riders like Kasper Asgreen and Jonas Vingegaard should not disregarded. Magnus Cort-Nielsen has not been mentioned as much, but his form is exceptional right now. However it would take something really special to deny world-time trial champion, Filippo Ganna from taking the yellow jersey on his first participation.

As the famous saying goes, the Tour De France is not won this early but it certainly can be lost. The finish of this stage promises to be exciting with inclusion of the Grand Belt Bridge.

With about 20 km to go, the riders will ride across the 18 km long bridge over the sea. Baring the spectacular view, the wind promises to produce split known as Echelons. Expert teams at bordures would love to create mayhem here. 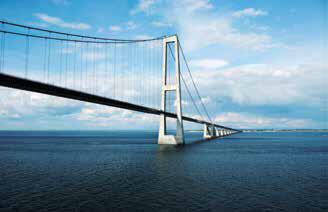 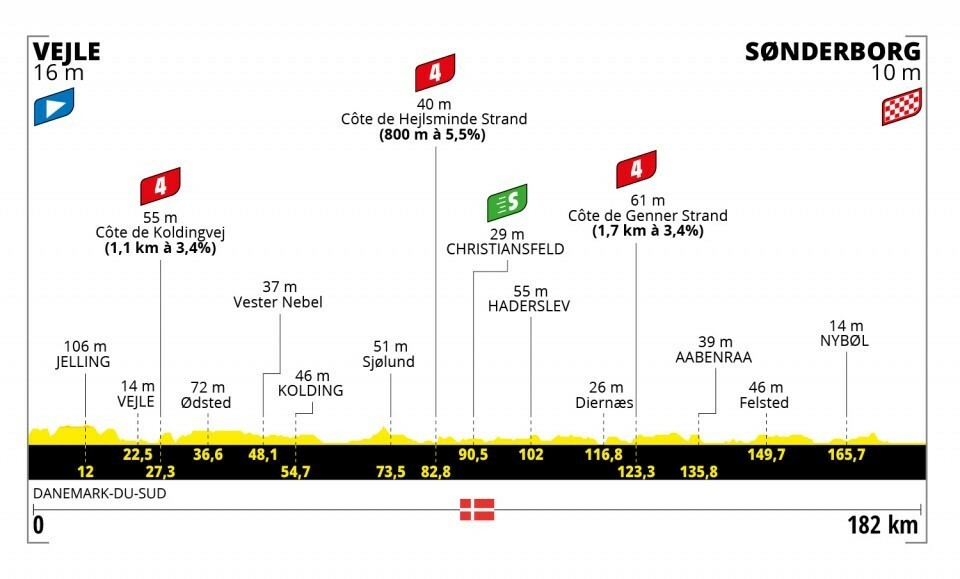 The pure sprinters and their team will relish their first chance of victory. However, although not as powerful as the previous stages, winds will still be present and could still play a role.

On the first non-cycling day, the peloton will travel from Denmark to France, more precisely Calais/Dunkerque. 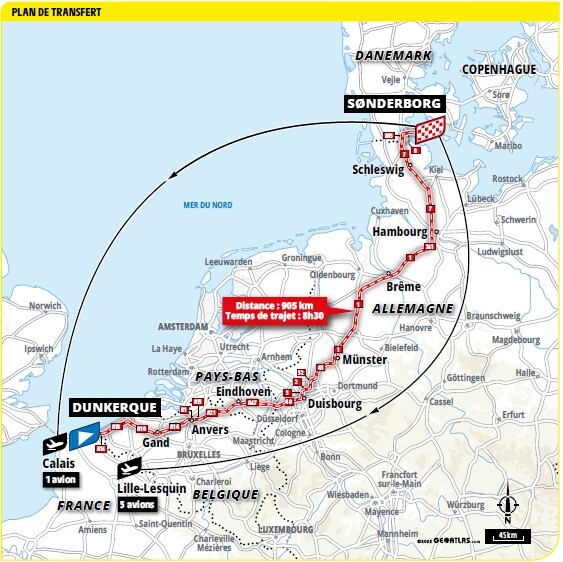 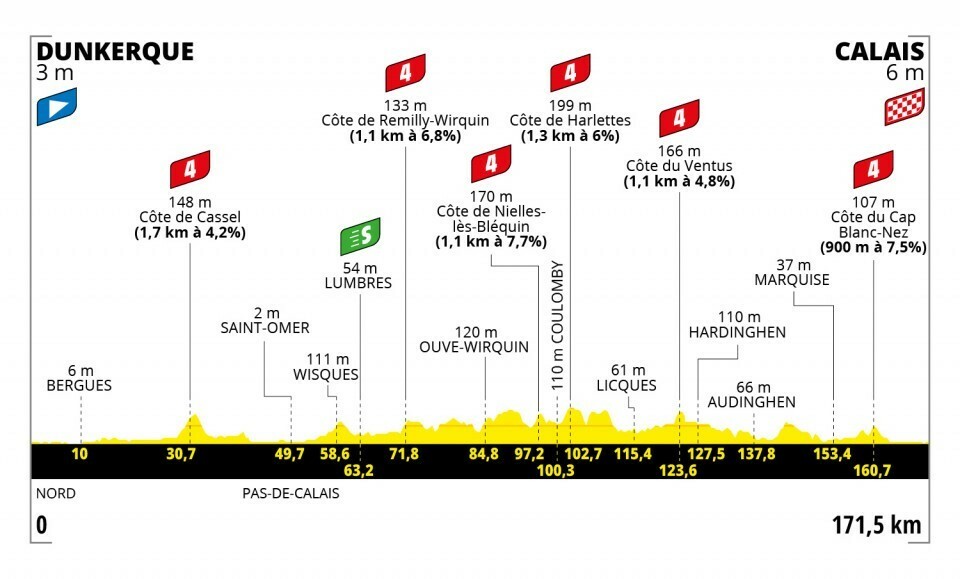 Although not drastically flat, this stage is promised to sprinters. The presence of 900 m at 7.5% at 10 km from the finish should not be an issue, unless Mathieu Van Der Poel decides otherwise. 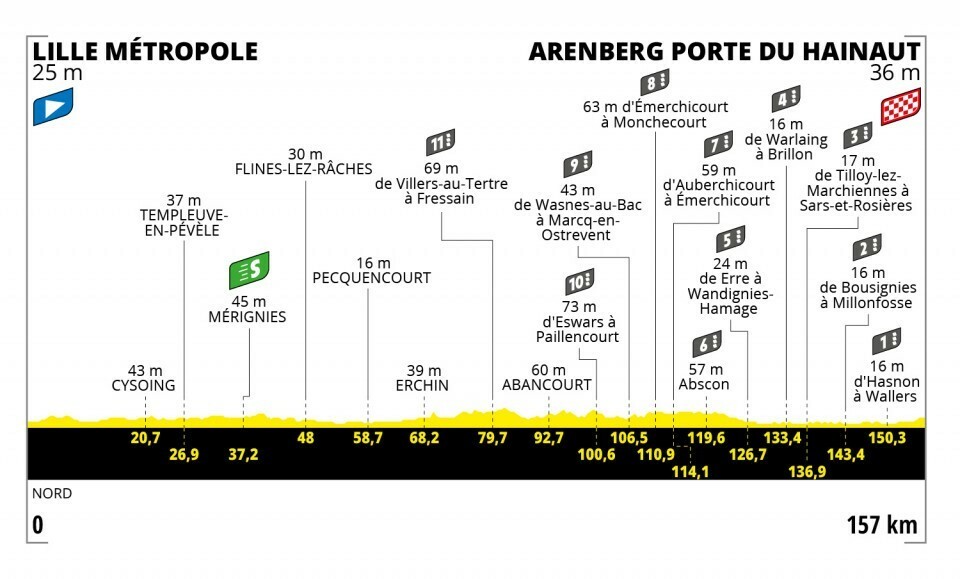 The Cobblestones are back for the first time since 2018, eleven paved sectors are not as impressive as Paris-Roubaix but will definitely will have an impact on the race. Winning the stage is however not as important as avoiding crashes; and that is being said as no rain is expected. 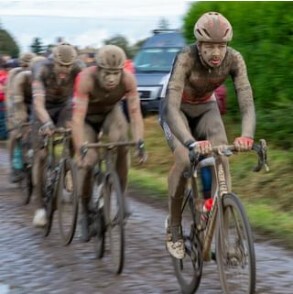 Images from 2021 Paris-Roubaix in rainy conditions.

The inclusion of a cobbled stage this year implies that being a good climber is not enough to win the Tour De France. 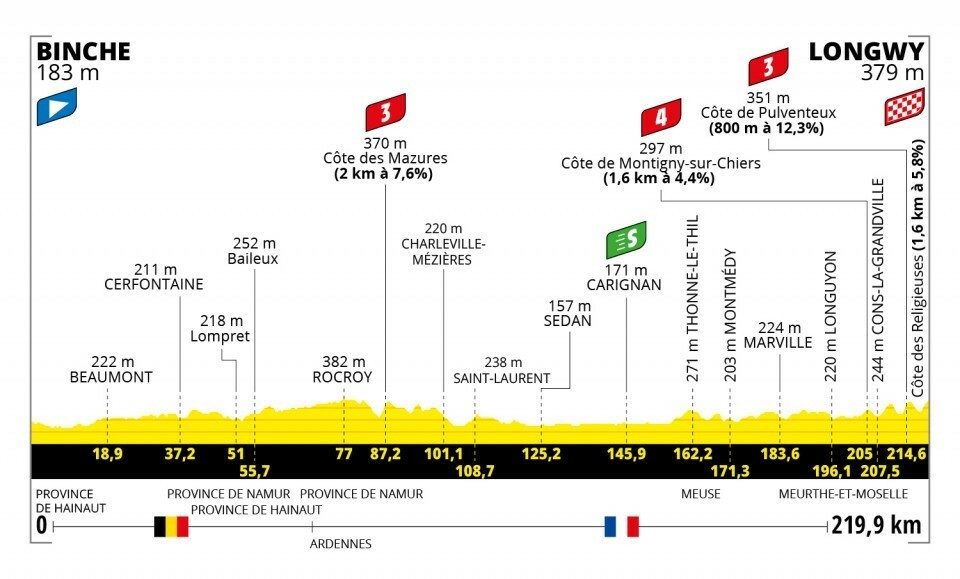 As if we were not already well served, things still keep getting better and we are suddenly in the Belgian area of the Ardennes. The 1.6 km uphill finish is promised to a pure puncheurs. While all eyes will be on Mathieu Van Der Poel, the real man to beat is the one who tamed the Mur De Huy this year: Dylan Teuns. 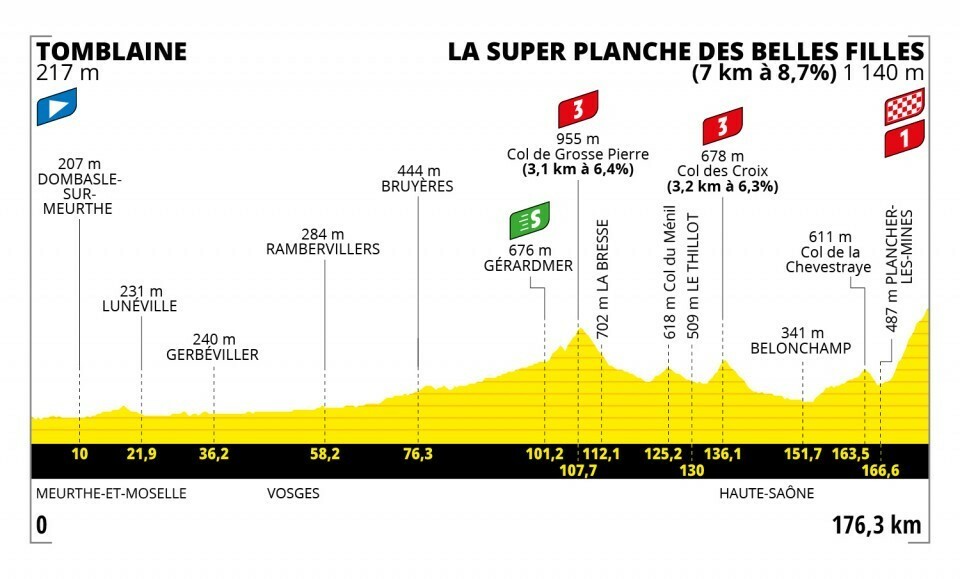 One week into the race and still no clear chances for sprinters. La Super Planche des Belles Filles which will also be the finale of the upcoming Tour De France Femmes (24th- 31st July) will be the first arena for the Tour De France contender’s fight.

The final of the Stage is in Vaud, Switzerland. As the riders enters a 4th different country, this stage represents a good profile for baroudeurs: Riders that are expert into getting into break-away and stays there to fight for the win. However the uphill finish of 4.8km at 4.6% might gives idea to the likes of Mathieu Van Der Poel ,Matthews or even Caleb Ewan who might set their respective teams for the chase. 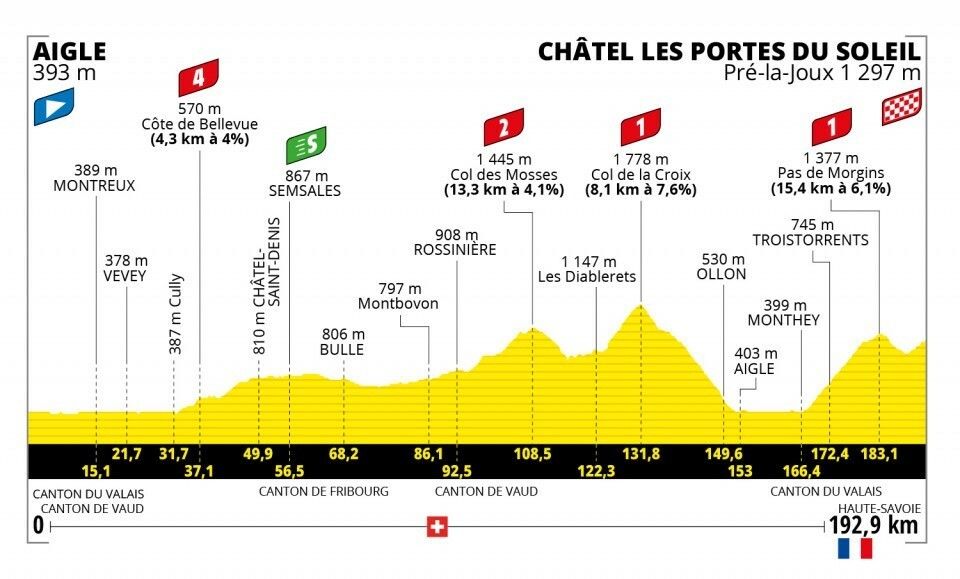 The eve of the second day off starts in the Switzerland’s Vaud and could be the first nail to the coffin of some sprinters. After a rather first flat 30km, the road never ceases to raise and if the a break-away has not managed to get the permission out, a series of constant attacks will have the sprinters and other heavy men ask for it to stop and could be dropped very early. The Col de la croix and the Pas De Morgins could give idea to a pure climber that has already lost time to try something from the foot of any of the climbs..

The riders and Ruby wil be able to take the day off and re-energize themselves at Morzine Les Portes Du soleil. 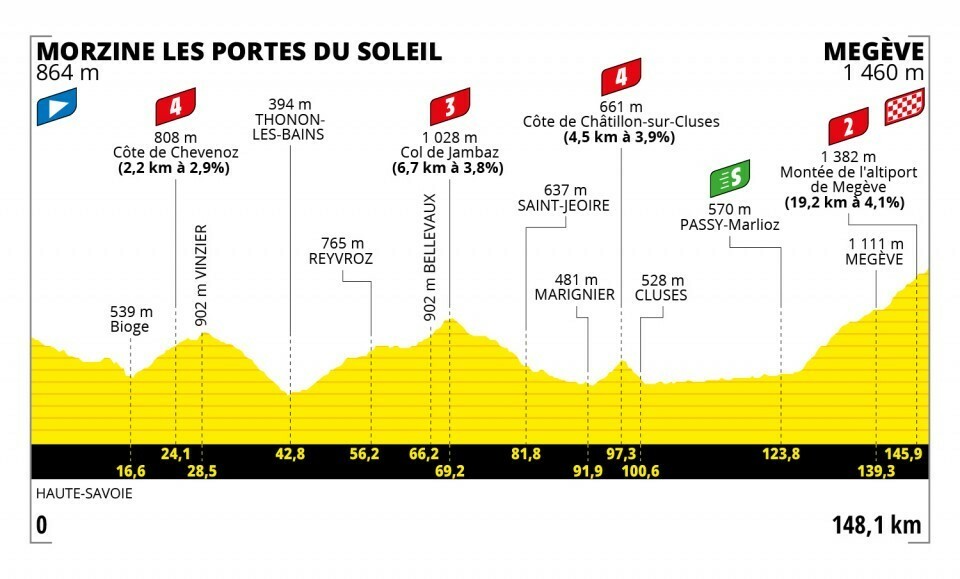 An absolutely beautiful scenery of mountain views and lake Geneva to welcome back the riders from their rest day. The short, mid mountain climb is destined for a break-away win as the big guys would like to keep their force for what is coming next. 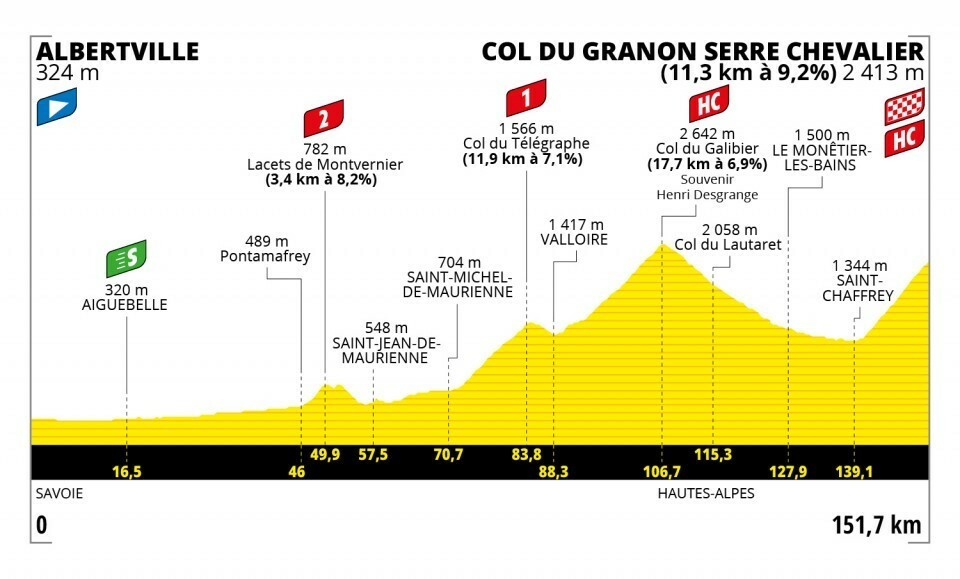 151.7 km :4 categorised climbs! It starts from the 2nd category Lacets de Montvernier after 50km, followed by the Col Du Telegraphe with a very short descend of 5 km. We then take on the HC Col du Galibier before the finish at the Col du Granon Serre Chevalier. It only get worse and worse with the day. We will have a clear view of who is the strongest man in this Tour De France! 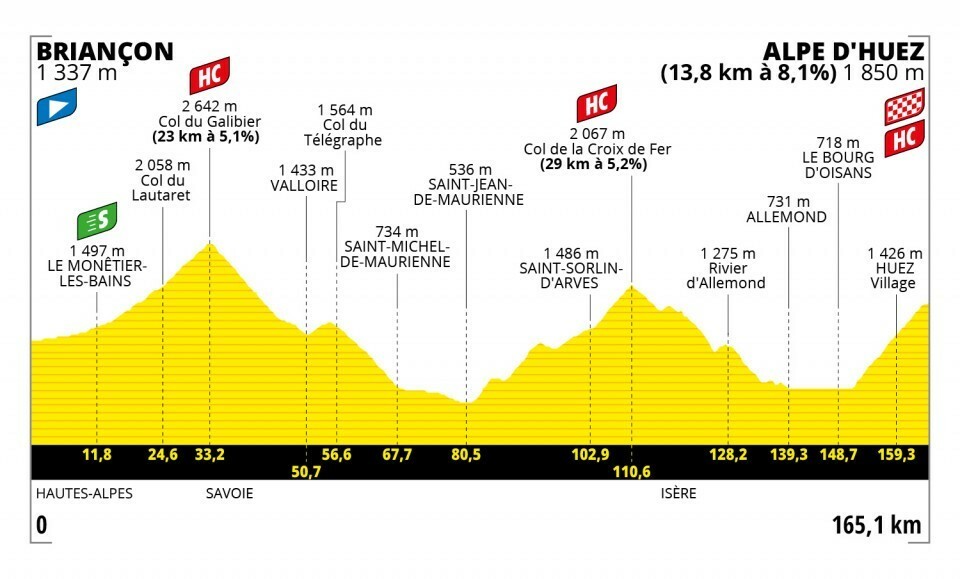 The bastille day , France independence day is an absolute shocker. While it will be a real nightmare for the non climbers, a lot of sprinters will not get over this day. Three legendary uncategorised climb together : Col Du Galibier; Col de la Croix De Fer; and the Alpe d’huez. While we expect a serious and defining GC battle to take place, French forever hope Romain Bardet and Thibault Pinot would have targeted this stage. Their win from a breakaway or the main group will depends on how much behind the leaders they are. 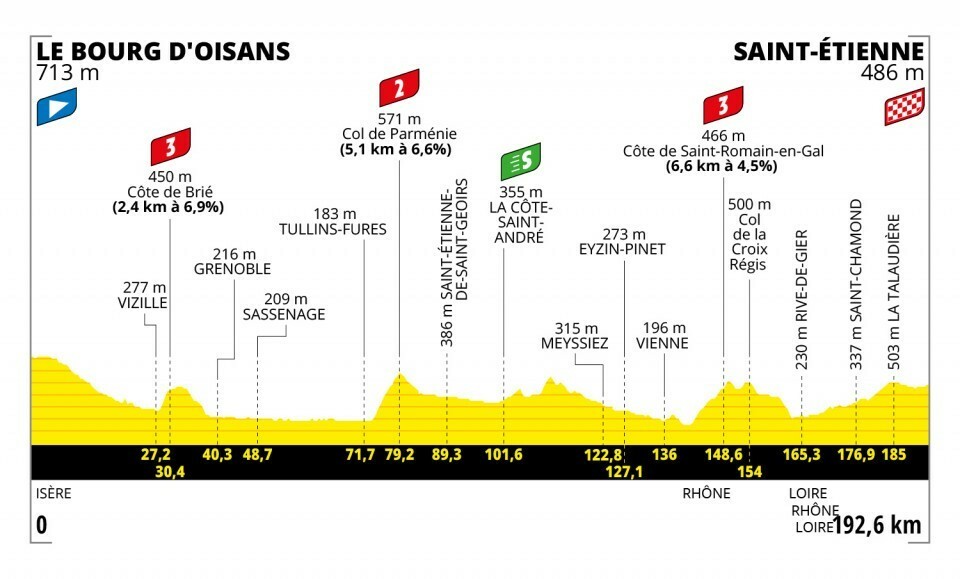 The day after. While team will be accessing their damage in term of riders out of delay on the eve or the lost hope of GC aspirations, Baroudeurs will be given  a free card to try their things. With only a handful of sprinters left, Saint -Etienne will be one of the site that Wout Van Aert needs to secure if he wants the green in Paris. 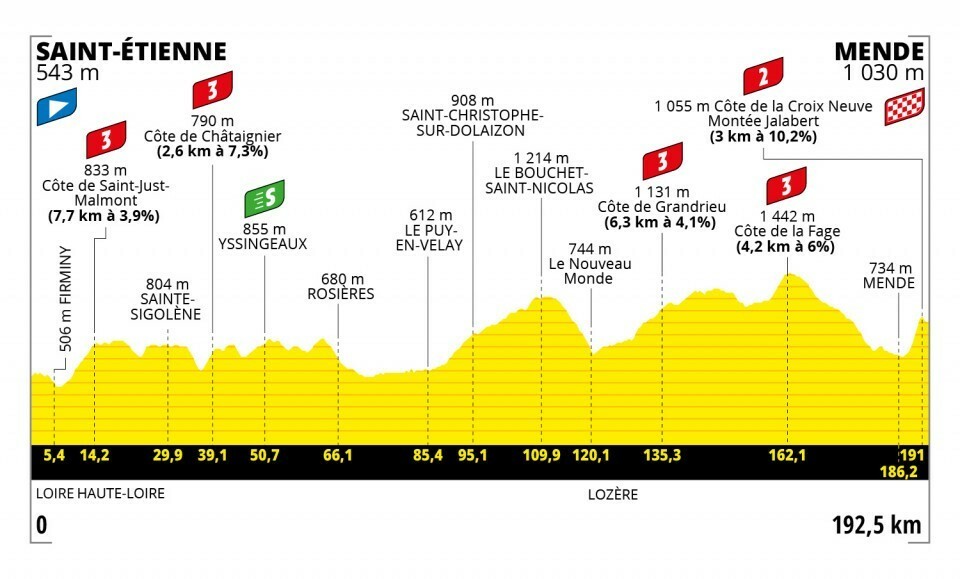 The Montee Jalabert will be a great scene action and twice. Firstly break-aways are going to get it their way in this stage and set up for a stage victory on the last 3 km at 10.2%. These steep gradient will also later see general contenders fight for their places. 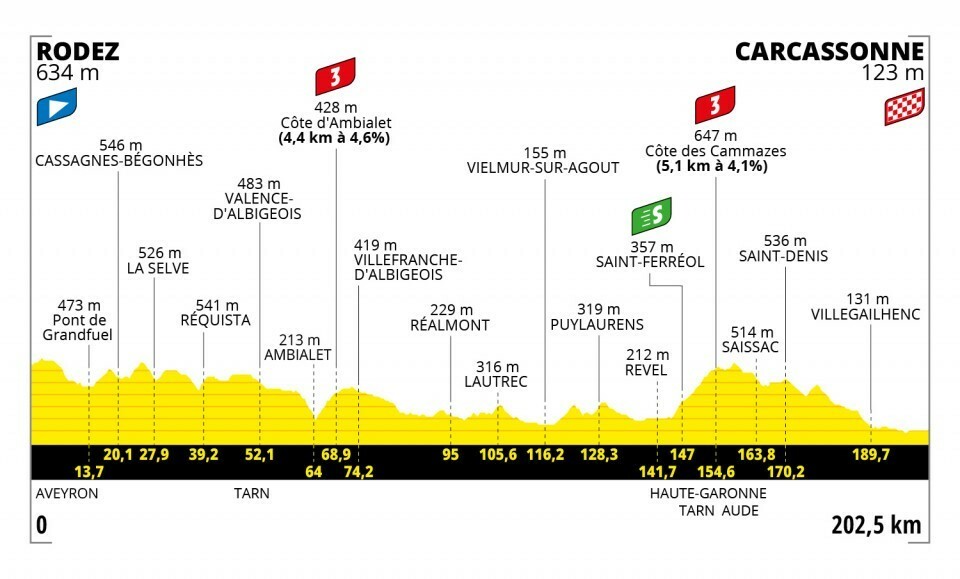 The Bauke Mollema’s transition stage is flatter than usual and could actually see the a bunch sprint final. For this to happen, sprinters left in the race will have to ask their teams to keep the break-away in control for a final chase to the line. 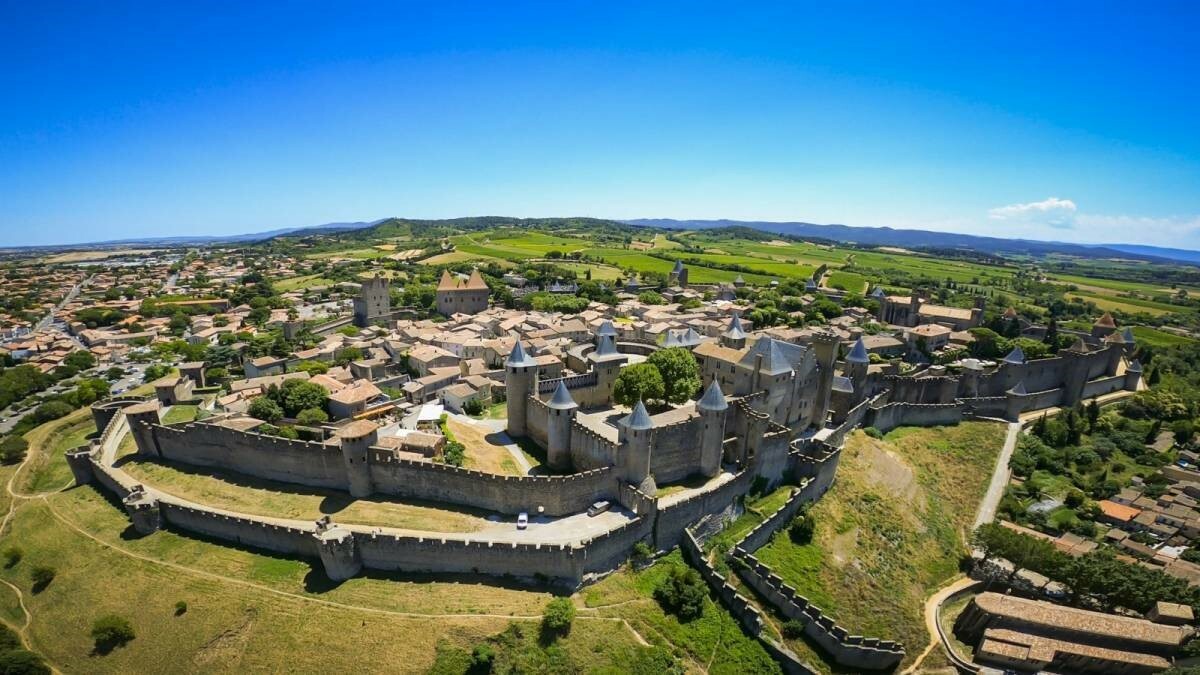 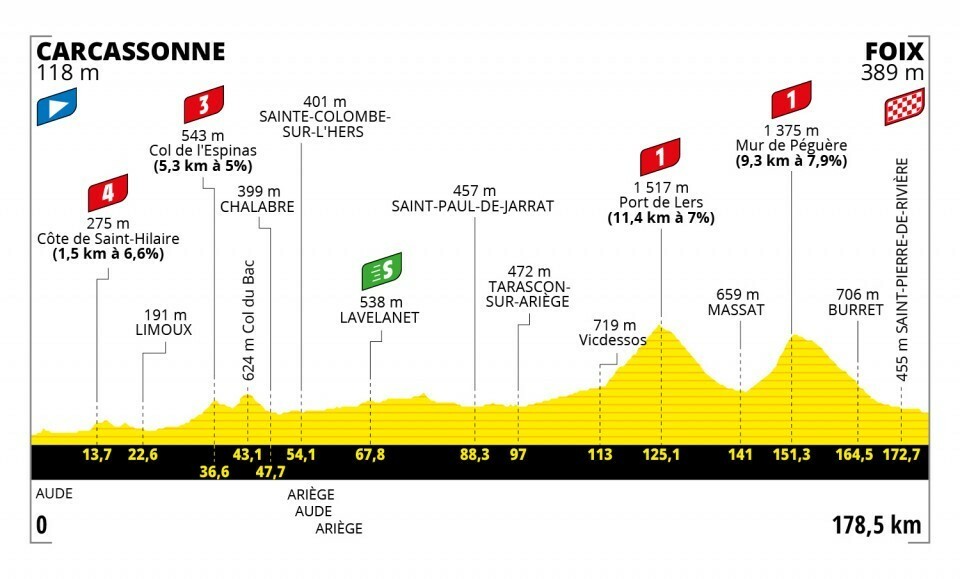 As the race re-starts for the final time, up we go again. Some riders usually responds well to rest day and recover well but there are some that find it hard to restart the machine. The start of the stage with two categorised climb will be the perfect sport for the break-away to be formed. The long valley that follows will be suitable for them to provide a gap large enough to ensure a stage win. The leaders in the general classification will just to ensure that it is a day without mishap and unless someone with astounding descending skills, it will be hard to separate them. 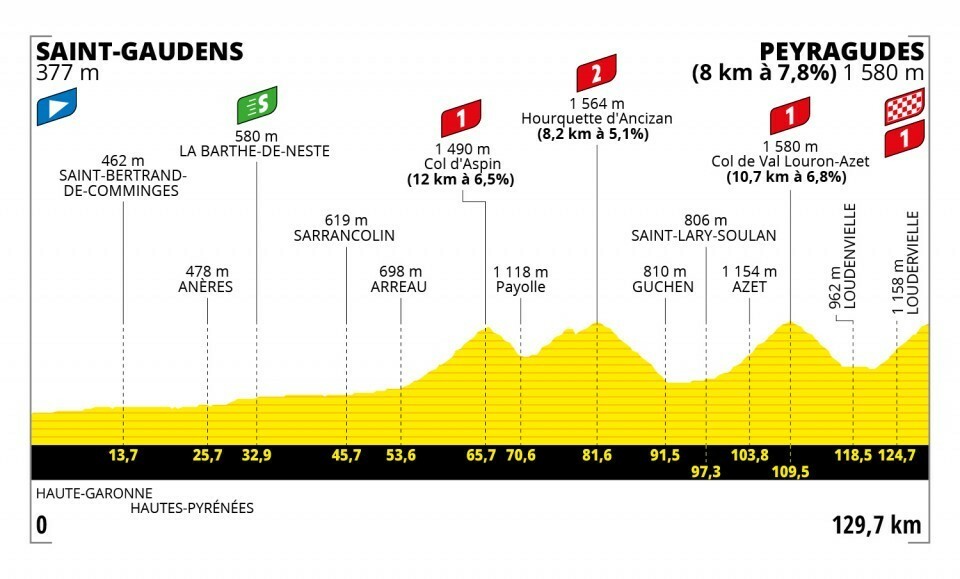 The win at the top of Peyragudes is promised to the purest and best climber of the race with a shocking 16% final ramp. 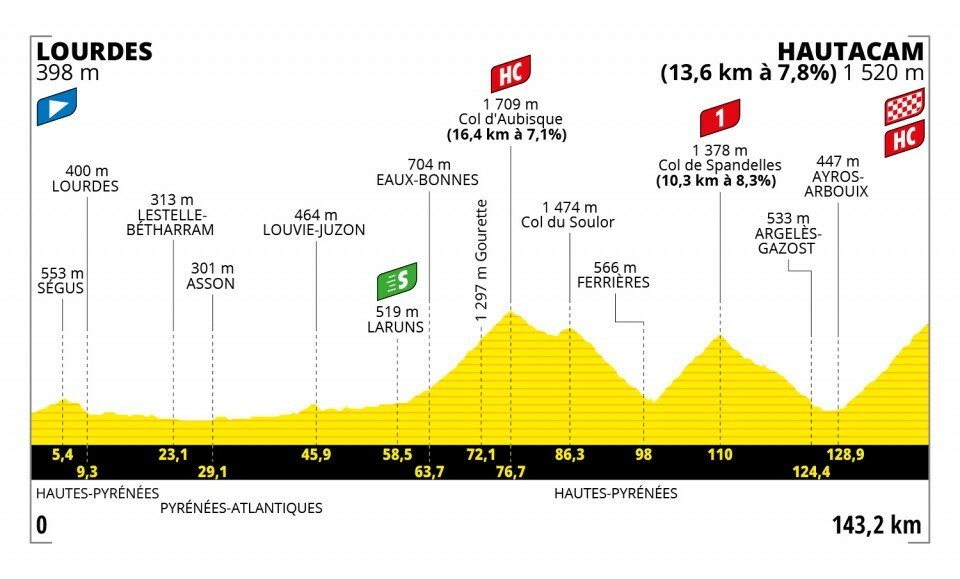 The final mountain stage of the tour is trio of big climbs with the last one at Hautacam.  Even though, the strongest men of the race will have already made the difference at this, any slip-up or bad day could turn things upside in the general classifications. 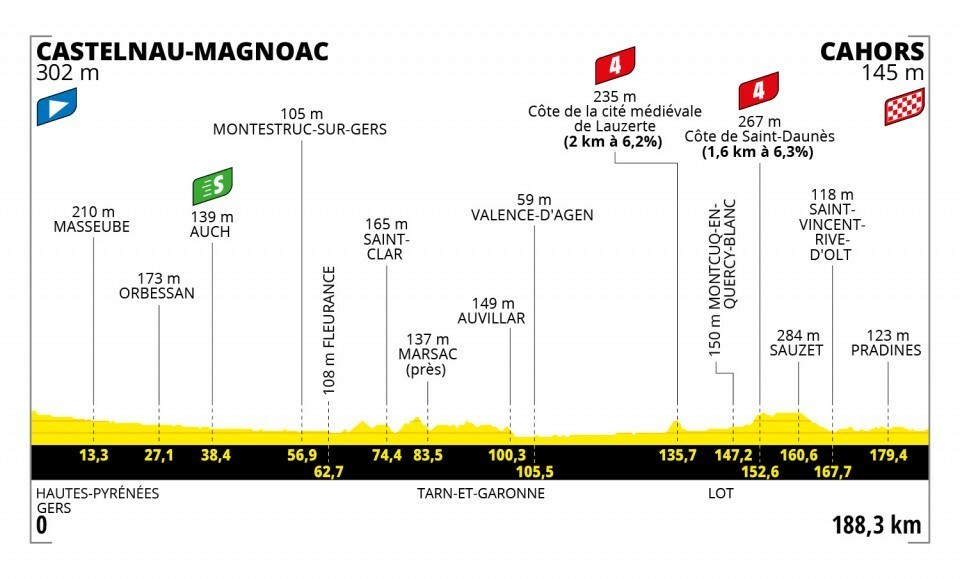 As weird as it seems, this is stage profile that suits the pure sprinters best. But at this point, it will depends on who is left in the race and more importantly how many team-mates they have left to control the 188.3km 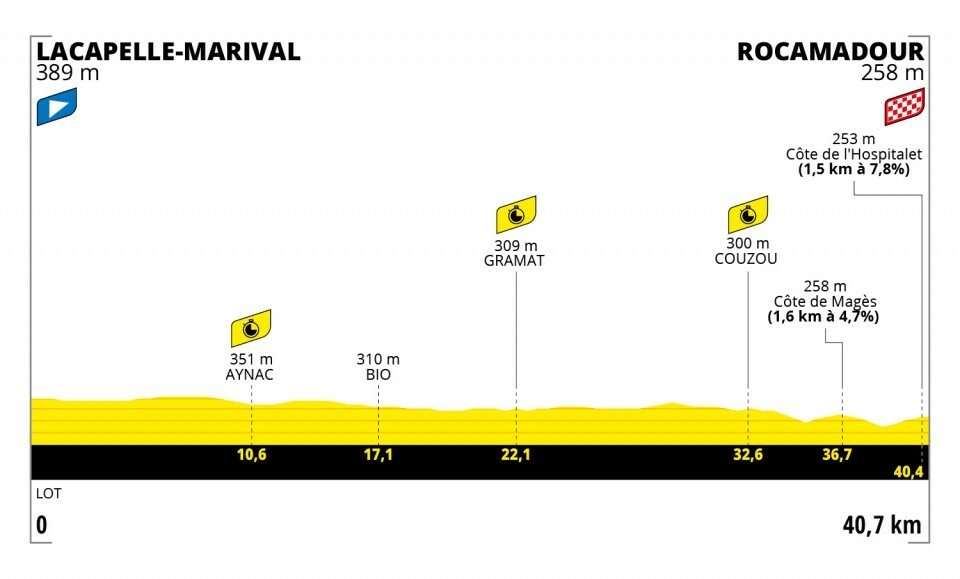 In 2020, Pogacar created history by creating a 2 min gap on Roglic and surprised everyone to win the tour De France, though shorter by 5km , and included the Planche des belles filles climb in the last kilometer, Pogacar had already made up the 57 sec deficit by the foot of the final climb. Roglic would have learned his lesson and this year’s 40.7km time trial is a titan task that can upset many 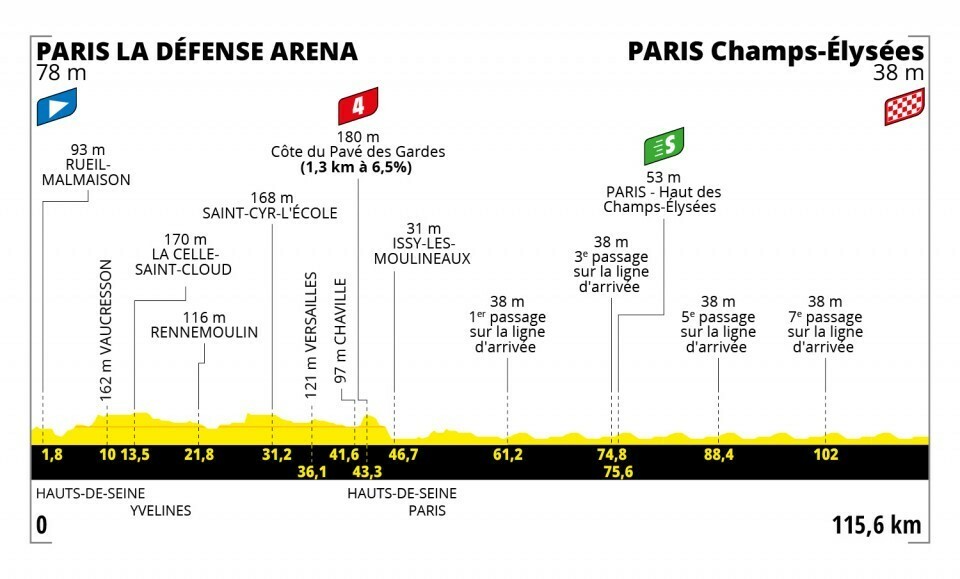 Since 1975 has always finished in Paris, Les Champs -Elysees and never, has it been just a parade. After undergoing 9 laps around the world most famous avenue, it will be all set for the most prestigious win of the season and the final fight for the green jersey.

Interestingly, the depart of the first edition of the Tour De France Femmes will be given along the same avenue earlier. 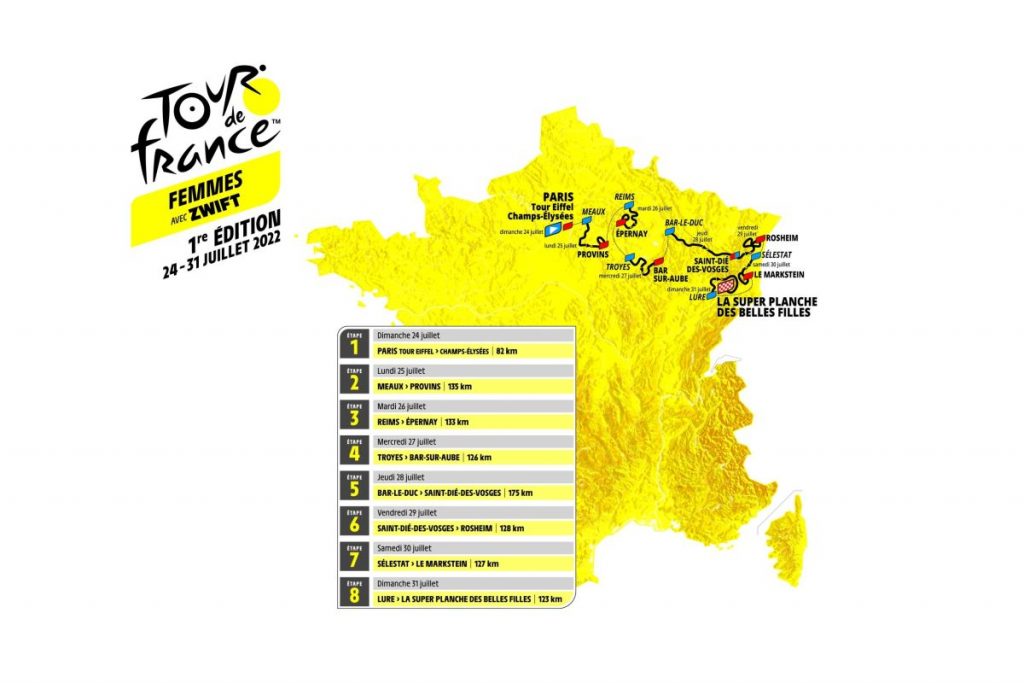