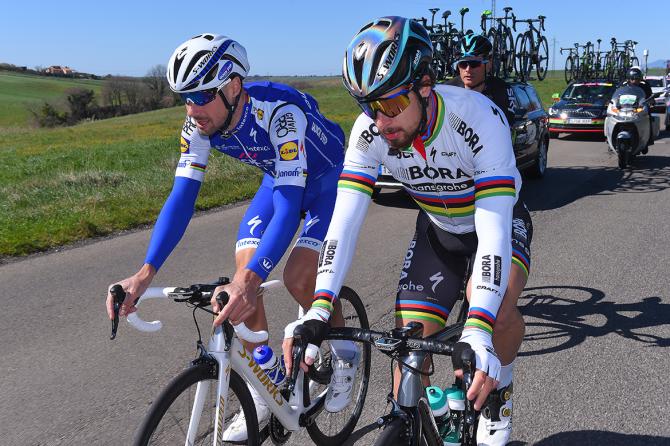 During the Belgian television show “Extra Time Koers”, Tom Boonen has questioned Peter Sagan‘s complaints about other riders who don’t help him chase in the recent spring classics campaign.

After missing out again at the Tour of Flanders, Sagan accused the tactics of his rivals who struggled to take on Quick-Step Floors this spring.

“A lack of cooperation? He is always on someone’s wheel”, Boonen said. “I don’t think Sagan really should talk about a lack of cooperation. He is the one who always starts to drag. He looks to see what is going on, and then he comes forward once and starts waving his hand. If you do that you have to keep your mouth shut.”

“He always tries to benefit from the work of other teams. There is nothing wrong with that, but then you do not have to say afterwards ‘they do not work with me’.”

“I like him and this does not detract from his qualities,” Boonen continued. “He is a very good rider, but you should not say such a thing if you try to ride in the wheels yourself.