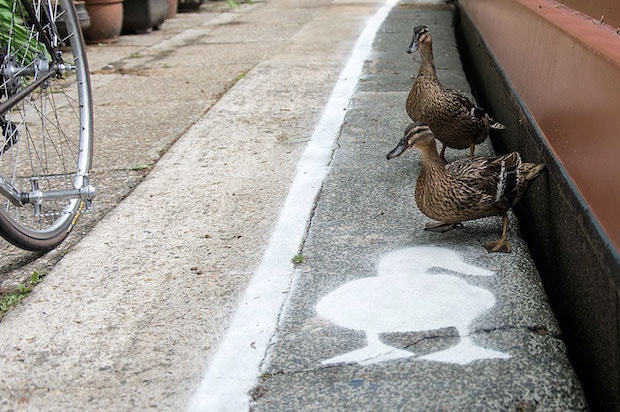 Natural England, the UK government’s adviser on nature, have decided that ducks pose a threat to them when travelling on two wheels.

They have agreed to the destruction of 4,500 mallard eggs over three years as there are “a high number of people cycling and the ducks often walk out in front of them”.

The person who applied to Natural England for approval to destroy duck eggs in Bedfordshire said they carry “risk of disease”, and the ducks often walk out in front of cyclists and pedestrians.

Natural England officials advised to do this discreetly “early in the morning before most visitors were about”.

Wildlife campaigner Jason Endfield wrote on his blog: “I am struggling to find the words to express my disbelief and despair that Natural England decision makers thought it appropriate in any way to issue a licence to an applicant that seriously considered ducks to be a threat to cyclists. Surely someone at the agency should have challenged this stupidity at an early stage rather than proceed to issue a licence that legitimized the wanton destruction of wild birds eggs for such spurious reasons.

The Department for the Environment, Food and Rural Affairs, on behalf of Natural England, said a successful applicant must demonstrate – with evidence – that the species targeted is causing a problem; that non-lethal alternatives have been tried; that the action is proportionate and that the species’ conservation status will not be negatively affected.