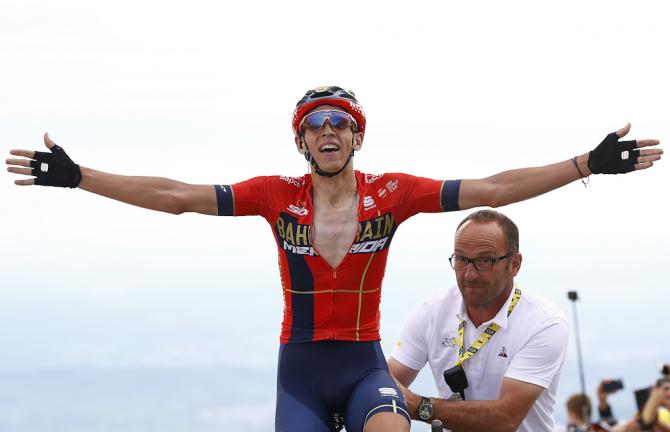 Teuns won the ultra-tough mountain stage to Planche des Belles Filles when he and Ciccone crossed the summit finish line as the sole survivors of a mass breakaway.

Ciccone was less calm about his feat.

Alaphilippe put in a heroic defence of his lead, but missed out due to the bonus seconds over the final two summits saw the young Italian edge ahead of him.

“It feels strange, to have the yellow jersey on my back feels so strange.” said Ciccone.

“I wanted to win the stage for the team but I never believed it would be possible to take the lead,” said the 24-year-old who rides for the same Trek-Segafredo team as Richie Porte.

Just behind this victorious pair the struggle between the contenders to win the Tour de France itself played out when defending champion Geraint Thomas suggested that the doubters who had called him a one-hit wonder after his 2018 win with Sky might be wrong.

Other good performances on the day came from Adam Yates, Irishman Dan Martin and Frenchman Thibaut Pinot, who grew up in the region.

Three of the overall contenders lost significant time as 2014 champion Vincenzo Nibali, Steven Kruijswijk and, to a greater extent, Frenchman Romain Bardet suffered on the slopes.