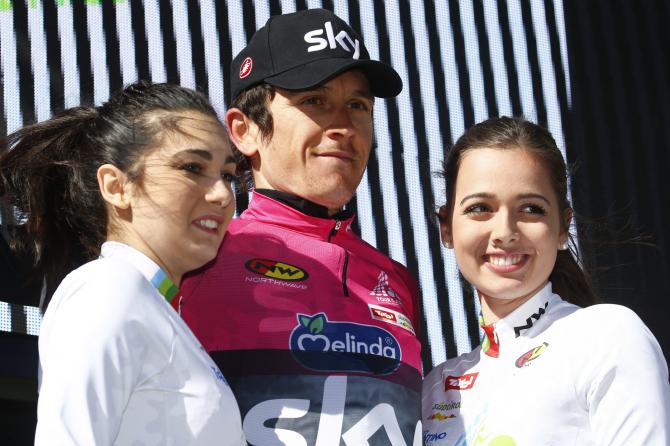 Thomas had an answer for every attack on an exciting final day of racing, eventually crossing the line in third place in Trento to ensure he became the first Brit to win the race overall.

After Peter Kennaugh, Philip Deignan and Kenny Elissonde set a tempo on the front, the real action kicked off on the Monte Bondone. An early attack from second-placed Thibaut Pinot (FDJ) caused surprised and blew the group apart.

Thomas was able to calmly ride across the gap, before fending off a further two attacks from the Frenchman. Mikel Landa put in a mammoth ride to drag himself back to the group, setting a hard tempo and pacing an elite lead group down the final major descent.

Pinot launched one further acceleration on the day’s late final climb, and despite winning the sprint for stage victory he was unable to claw back enough time on Thomas. Seven seconds was the eventual winning margin.