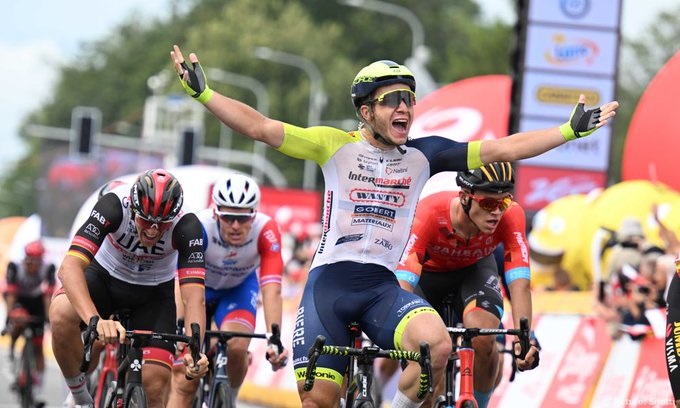 Gerben Thijssen claimed his first WorldTour victory in the second stage of Tour de Pologne after he outsprinted all the big favourites in Zamosc.

Thijssen beat Pascal Ackermann and Jonathan Milan in the final meters of the day. Jonas Abrahamsen is the new leader of the race after the bonifications he took during the day in the breakaway.

“I promised myself to offer the team a new victory. But obtaining my first World Tour victory here in Poland, that’s unbelievable!” Thijssen said. “In addition, I precede several sprinters I admired when I was young, like Mark Cavendish”.

“Actually, I didn’t feel great in the beginning, but seeing the pulls of Laurens, Hugo, Julius, Quinten and Boy all day long gave me more and more adrenaline when approaching the finish. I really wanted to finish on the podium to reward the work of my teammates, because once more they gave everything to make this scenario possible,” he admitted. “I’m very grateful for their confidence since the start of the season and the opportunities I receive from the team”.