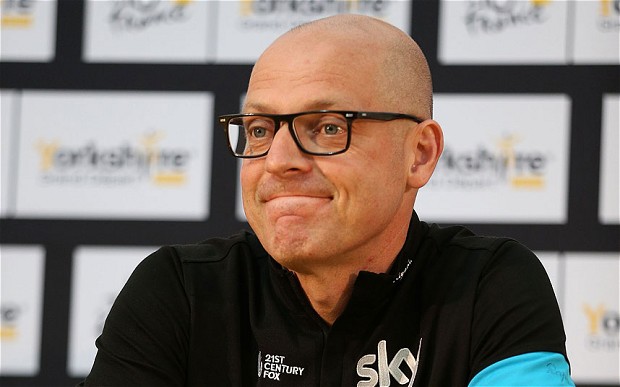 Team Sky principal Sir Dave Brailsford has been summoned to a parliamentary inquiry to answer questions over Sir Bradley Wiggins’ use of controversial corticosteroids before his 2012 Tour de France victory.

Five-time Olympic champion Wiggins was given injections of triamcinolone shortly before the 2011 and 2012 editions of the Tour de France and the 2013 Giro d’Italia.

Wiggins has denied any wrongdoing and insisted he was not trying to gain an “unfair advantage”.

CMS committee chairman Damian Collins told The Times: “Sir Dave Brailsford has been one of the most senior figures in British cycling over the last 10 years and we thought it important to speak to him as part of our inquiry into how the sport has handled anti-doping issues and the ethics around TUEs.”

Brailsford is also likely to face questions about a mystery delivery of a medical package to Team Sky in France in June 2011, shortly before Wiggins secured his first TUE.