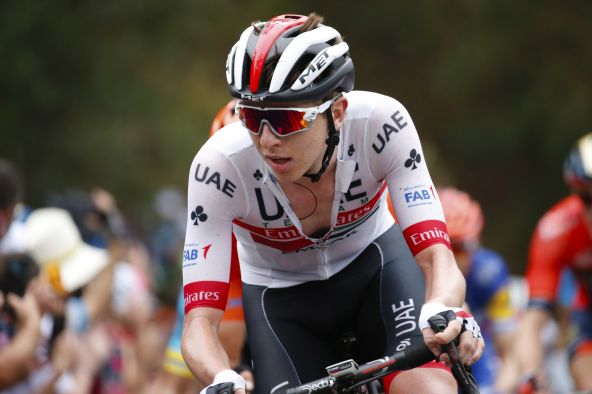 Tadej Pogacar has announced his calendar for the remainder of 2020 season, which includes debuts in Tour of Flanders and Milano-Sanremo.

The young Slovenian has already taken one victory in the first part of the 2020 season at the Volta a la Comunitat Valenciana, and he’s preparing to continue the success in the rest of the calendar.

The rider showed his good shape at the Slovenian national championships, where he finished in the second position of the road race after Primoz Roglic and won the time trial.

Pogacar will include in the rest of the season only two stage-races: the Criterium du Dauphine and the Tour de France. The rest of his calendar is formed by one day races starting with Strade Bianche (August 1) and Milano-Sanremo (August 8).

After the Dauphine, the Slovenian will be at the start line of Il Lombardia before tackling the French grand tour. Ten days after the finish of La Grande Boucle, the rider will start in the Waalse Pijl (September 30), Liege-Bastogne-Liege (October 4), the Amstel Gold Race (October 10) and will finish the racing season with the Tour of Flanders (October 18).