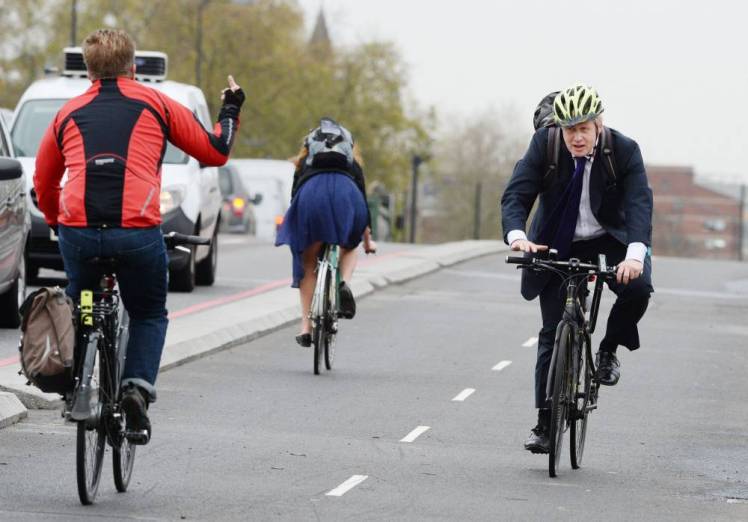 Swearing may help a cyclist struggling up hill to summon extra pedal power, or give a boost needed to free a stubborn bolt or jammed bottle top.

Psychologists conducted tests in which volunteers had to swear before intense sessions on an exercise bike or squeezing a device that measures hand grip strength.

In both experiments, rude swearing led to significant improvements in performance compared with uttering ‘neutral’ words.

Participants were asked to use a swear word they’d usually utter if they had a bang on the head – “f***” and “s***” were common ones. The thinking was that by allowing participants to choose a word that comes naturally, the swear words would mean something to them.

When the paricipants swore during the stationary bike exercise, their peak power was found to have risen by 24 watts on average, according to the study. During the 10-second grip task, the individuals uttering swear words increased their strength by the equivalent of 2.1kg, the researchers found.

However, researchers found heart rates did not increase with swearing, suggesting that the act of swearing did not trigger participants’ fight-or-flight responses as they had expected.

The study followed up earlier work that showed how cursing increases pain tolerance, helping explain the common reaction to hitting one’s thumb with a hammer.

Dr Richard Stephens, from the University of Keele, in Staffordshire, who led both teams, said: “We know from our earlier research that swearing makes people more able to tolerate pain.

“A possible reason for this is that it stimulates the body’s sympathetic nervous system – that’s the system that makes your heart pound when you are in danger.

“If that is the reason, we would expect swearing to make people stronger too, and that is just what we found in these experiments.”

“Quite why it is that swearing has these effects on strength and pain tolerance remains to be discovered. We have yet to understand the power of swearing fully,” Dr Stephens added.