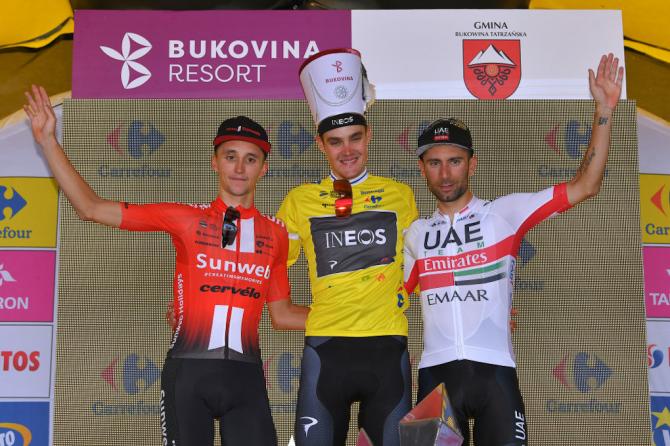 Pavel Sivakov (Team Ineos) survived a flurry of attacks to claim overall victory at the Tour of Poland on the seventh and final stage, won by Matej Mohoric (Bahrain-Merida).

Overnight leader Jonas Vingegaard (Jumbo-Visma) was dropped with around 45 kilometers still to go, and Sivakov finished with the main GC group on the day to take the victory.

The runner-up in the general classification was Jai Hindley (Team Sunweb), two seconds behind Sivakov. Rounding off the podium was Diego Ulissi (UAE Team Emirates), 12 seconds back.

“It’s a big win for Pavel. He’s going to be super happy”, said Team Ineos DS Gabriel Rasch. “The first five days were stages where you had to just get to the finish without losing time. Plus we were able to have a go at the sprints with Swifty. Then these last two stages were completely GC focused. They were really hard but good stages for us.