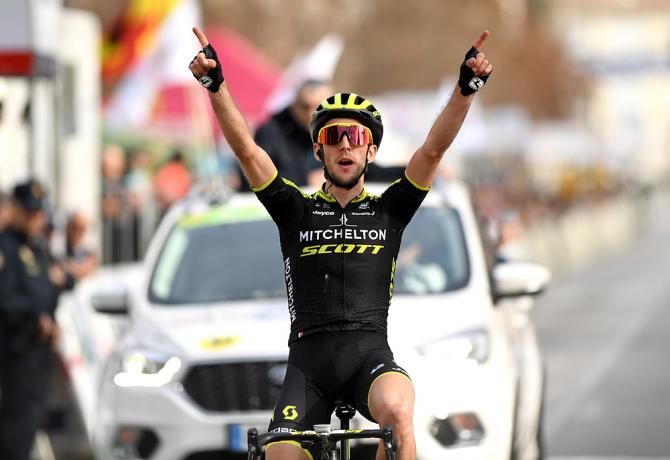 Vuelta a Espana champion Simon Yates has claimed his first victory of the 2019 season on the queen stage of Ruta del Sol, after a powerful attack on the the final first category climb.

The Brit fought solo from 26km to go and successfully held off six-chasers to take the stage victory.

Overnight leader Tim Wellens (Lotto-Soudal) couldn’t hold the pace on a day for the climbers, allowing Jakob Fuglsang (Astana) to move into the overall lead.

“I had better legs than the first few days, today I was feeling really good so of course I am really happy to win” said Yates. “We wanted to make it a really hard race, Astana did most of the job on the first climb then the race kind of evolved from there over the next climbs.

“I’m not high up on GC so I thought I’d have a bit more freedom and we wanted to put pressure on Astana and the other teams. We didn’t really want to ride behind so I went early and the selection was made and then the rest of the racing it sorted itself out.