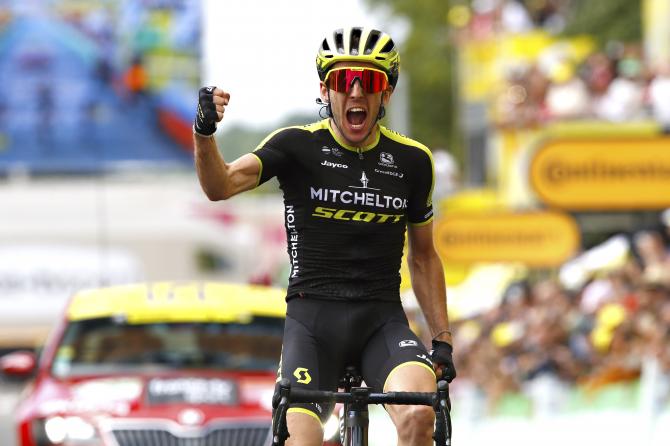 Simon Yates won stage 12 of the Tour de France on Thursday, beating two other survivors of a mass breakaway in the Pyrenees.

“I’m here to help Adam, he’s doing well and is ready,” he said. “But I’m really happy with this win, I got the green light to go from the team and timed it well. But now it’s back to the day job,”.

Simon Yates is over an hour adrift in the overall standings, but punched the air in joy after adding a Tour de France stage to victories in the Vuelta and Giro.

Yates came over the final climb with Bora’s Gregor Muehlberger and Astana man Pello Bilbao, but launched a long range sprint for the line to win by a clear bike length.

Cameras on the distant peloton showed Adam Yates, connected by radio to his team car, smiling.

Overall leader Alaphilippe led the peloton south the pink-bricked city of Toulouse for stage 12’s two mist shrouded Pyrenean peaks after vowing to hold on to the yellow jersey.

He has again vowed to defend his overall lead at Pau.

“I have a lead of 1min 12sec, and I’m real looking forwards to pushing myself to a new limit,” said the 27-year-old soldier, who Thomas has described as ‘the darling of France’.