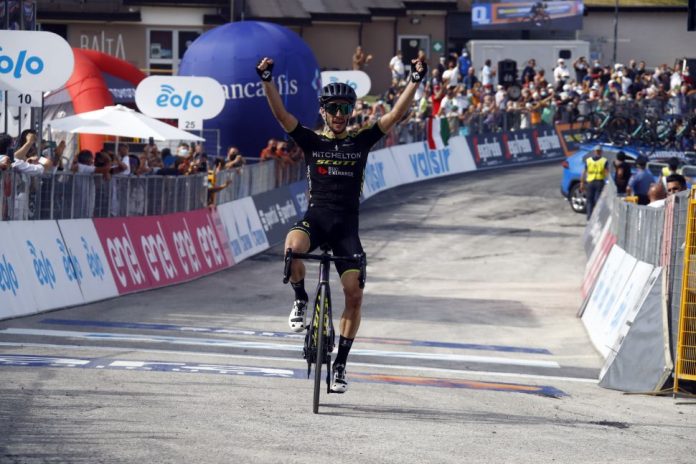 Simon Yates won the queen stage of the Tirreno-Adriatico race Friday and claimed the overall lead as Geraint Thomas crossed second and remained in contention.

Yates carried out a solo attack on the concluding 14.2-kilometer ascent to Sarnano, which had an average gradient of 7% and a maximum of 12%. The Mitchelton-Scott rider finished 35 seconds ahead of Thomas, who sprinted past third-place finisher Rafal Majka.

“It was already a fast pace. I saw an opportunity and I really took it,” Yates said. “I just went full gas.”

In the overall standings, Yates moved 16 seconds ahead of Majka, with Thomas third, 39 seconds behind.

Previous leader Michael Woods fell behind on the climb to Sarnano.

After two less challenging stages Saturday and Sunday, the race concludes with a 10-kilometer individual time trial in San Benedetto Del Tronto on Monday that is suited for Thomas.

“With time trial the last day, I need a buffer,” Yates said. “So it was a good day.”