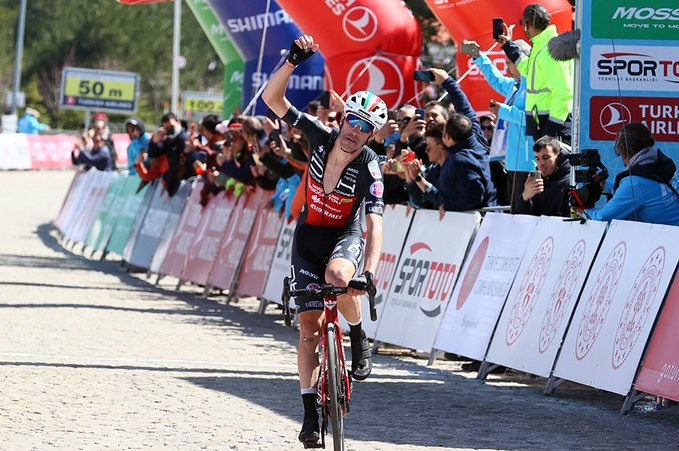 Eduardo Sepulveda (Drone Hopper-Androni) took the overall lead at the Tour of Turkey after he won the stage 4 at Manisa.

On the final climb to Spil Milli Park, with 14.2 kilometers at 7% average gradient, the moves came quickly as Arkea-Samsic pushed the pace but Nairo Quintana seemed to still be feeling the effects of the opening days’ crashes. A flurry of attacks came early on in the tough gradients but no-one managed to make a decisive attack until Eduardo Sepulveda made a dig with 4.5 kilometers in an easier section of the climb.

As Patrick Bevin paced for most of the final kilometers, no-one in the group had the legs to bridge across to the front, and Sepulveda took the win in the queen stage of the race and the race lead.

“I knew he was the strongest rider but sadly for him he crashed two days ago, and so today was a more open race,” Sepulveda said. “The attacks started before mine, and I was a little bit full gas. But when I saw the moment to attack, I went for it, and I kept a good speed to the finish.”