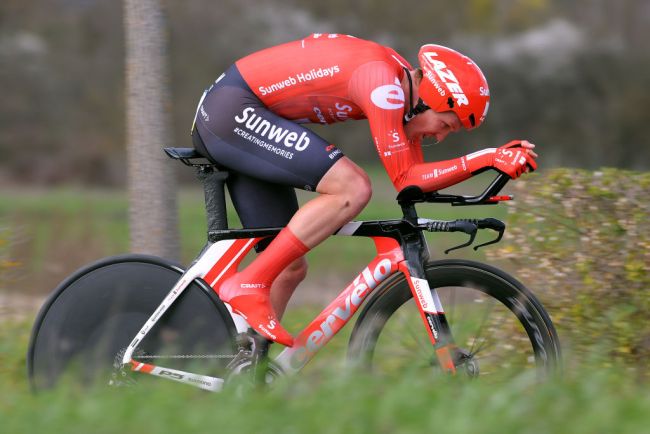 Maximilian Schachmann (Bora-hansgrohe) strengthened his hold on the lead in the Paris-Nice race on Wednesday after finishing second in the time trial behind Soeren Kragh Andersen (Team Sunweb).

The 26-year-old started the day with a 13-second lead and increased his advantage to 58 seconds.

“I like some hills and tempo shifts so it was super good for me,” the Dane said after the victory. “I’m here to help the team and Tiesj. This was my chance. I’m so glad I took it.”

Thursday’s fifth stage is the longest of the event, a hilly 227km from Gannat to La Cote-Saint-Andre where the flat finish could give the sprinters a last chance to make an impact.