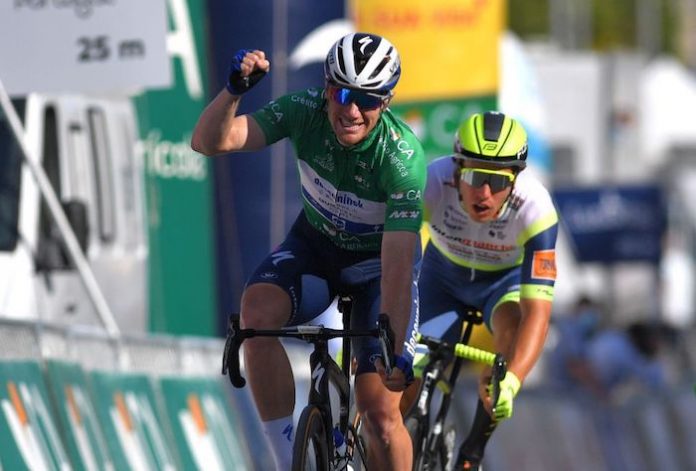 Sam Bennett stormed home to win the third stage of the Volta ao Algarve, continuing his perfect season with his second stage win of the race.

You can rewatch STAGE 3 from 2021 Volta ao Algarve HERE

The mostly flat 203km run from Faro to Tavira was played out under hot sunshine, Bennett finishing more than a bike length clear of Dutch rider Danny van Poppel, also second on Wednesday.

“It was a great day, although I think it looked a lot easier on TV,” said Bennett. “I had terrible legs, and didn’t know if I would have the power in the final, and really thought somebody would come around me, but again the team were fantastic.

“I think all the other teams had used up all their lead-out men by the time we got around the last corner, Michael was able to open it up, did an amazing lead-out today. With the heat I am struggling, after a week of training in the rain. Obviously I can’t complain, and it’s really down to my team-mates that I did pull it off.”