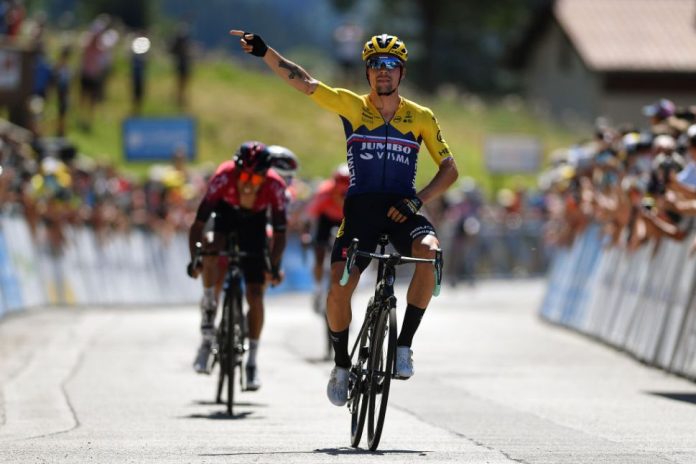 Primoz Roglic (Jumbo-Visma) has taken the victory of the second stage at the Tour de l’Ain and has climbed to the top of the general classification.

Roglic was part of a leading group that contained Egan Bernal as well as Nairo Quintana and Roglic’s team-mate Steve Kruijswijk.

It was initially Kruijswijk who attacked before he was reeled in. In the final stages Roglic timed everything to perfection and his final burst was more than enough to secure victory with Bernal left in his wake.

Kruijswijk upped the pace with around 500 meters to go, shadowed by Bernal. However, with Roglic tucked in behind him, Bernal was unable to counter when the Slovenian unleashed his acceleration.

“It was a perfect day. The whole team did a really great job and I was super happy that I could finish it off,” said Roglic. “It was definitely nice to see that the other guys are also strong. We’re here to find the right feelings and we’re concentrating on that.”

The race concludes Sunday with a major mountain test, closing out with a summit finish on the Grand Colombier.

He missed out on the line yesterday, but Primoz Roglic makes it looks easy today as he wins stage of the Tour de l'Ain ahead of Egan Bernal. pic.twitter.com/R1Qg1kwCiC