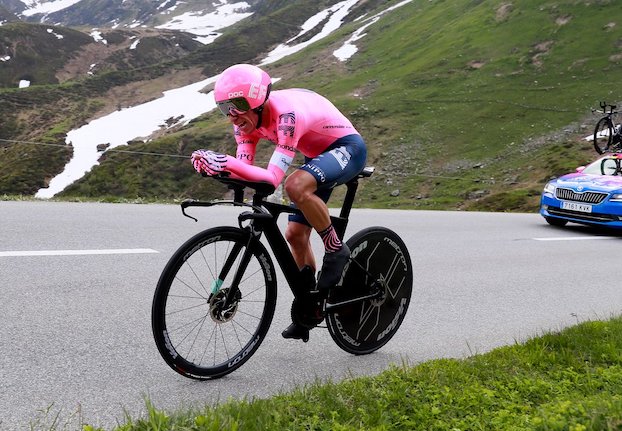 You can rewatch STAGE 7 of 2021 Tour de Suisse HERE

“I know this area and this was special,” he said. “I’ve not raced so much because I had a small problem, but now I’m preparing for the Tour de France.”

“I had good legs in the Tour de Suisse but yesterday in the climbs I had less. But today I tried. But for me today it’s a surprise because my legs were incredible.”

Julian Alaphilippe was second on the day to stay in contention, but is expected to leave the race as his partner is about to give birth.

Richard Carapaz was fourth fastest to retain the overall lead after the peculiar, high-altitude 23km time-trial with a 6.5 percent gradient ascent that peaked at 2,046m followed by a similar descent.