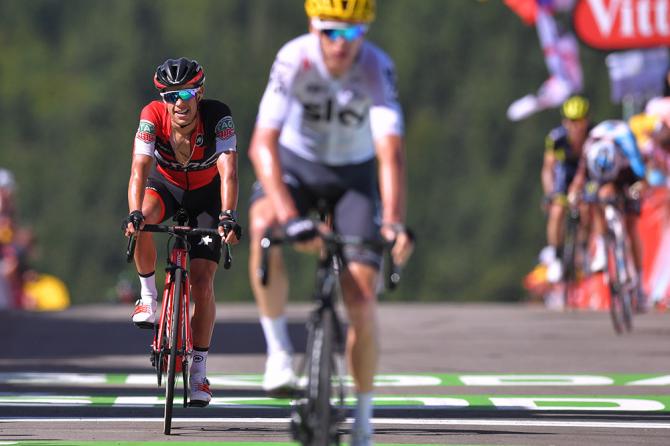 “I can’t say anymore for my teammates”, said Porte. “They were incredible today, and I think we took it to them [the peloton]. In the final there, Aru slipped away. I’m still happy with my ride for the first mountain stage. I kind of expected a little more but there’s a long way to go.”

“As a unit today, BMC Racing Team were the team that made the race. Michi Schär and Stefan Küng basically rode the whole race on the front and then the rest of the guys towards the end. I thought we were going too fast and told them to slow down, but they actually kept it up and that’s testament to how strong they are.”

“Chris Froome is obviously going stronger than when we saw him at the last race but I think Team Sky weren’t quite what they were last year. Still, I think they have a lot of pressure coming up.”