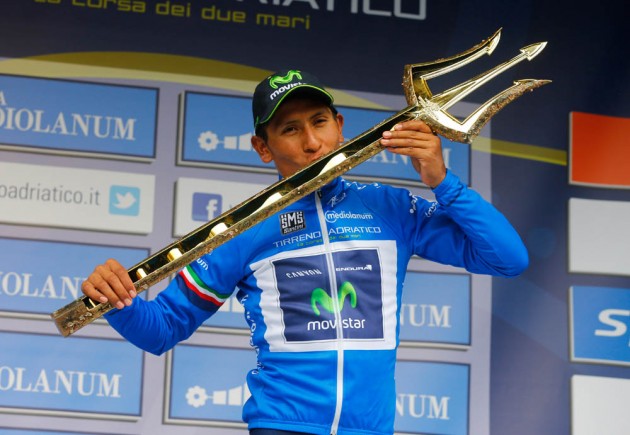 Nairo Quintana will be the Movistar Team’s captain at the 52nd edition of Tirreno-Adriatico.

The ‘Colombian climber, who is wrapping up the first part of his Giro d’Italia preparations at the very same country he’ll contest pink come May, will seek for success in a race he already came victorious from in 2015, with an excellent climb towards victory in a snow-covered Terminillo.

Nairo Quintana will have a strong team by his side at the Italian WorldTour event. Andrey Amador, Jonathan Castroviejo, Jasha Sütterlin, Alex Dowsett, Nelson Oliveira, Daniele Bennati and Daniel Moreno will try to keep the Movistar team’s designated leader safe as well into the flat as in the abundant mountains the ‘Race of the Two Seas’ contains in 2017.