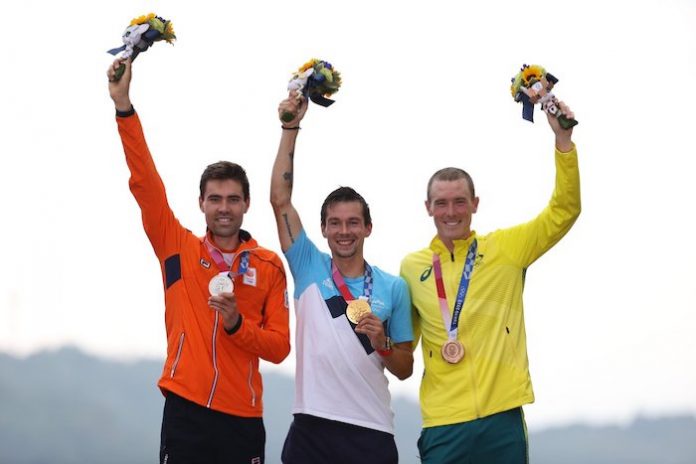 The 31-year-old rider flew around the 44.1km route at the Fuji Speedway in 55:04 to better the bronze medal of team mate Tadej Pogacar in Saturday’s road race.

Tom Dumoulin, who had looked set to quit the sport this year, repeated his silver medal from the Rio Games in 2016, finishing one minute and one second behind Roglic.

Reigning world champion Ganna, the last of the 39 riders to roll down the start ramp, went off in scorching fashion and was 59 seconds faster than Roglic at the 9km checkpoint.

But the Italian powerhouse paid for that pace on a hilly course featuring 846 metres of climbing and his advantage leaked away steadily to leave him deflated.

While Roglic romped to gold the battle for the minor medals was fierce with only 4.3 seconds between Dumoulin and Ganna.

Roglic paced his race perfectly and won comfortably in the end in front of an enthusiastic crowd at the racing circuit – a stark contrast to most of the empty Tokyo 2020 venues.

Rohan Dennis added bronze to the silver he won on the track in team pursuit in 2012, making him only the second Australian cyclist to medal in both Olympic track and road racing.

No one can't stop Roglic. Not even the finish line. pic.twitter.com/M0UAlVQp3z