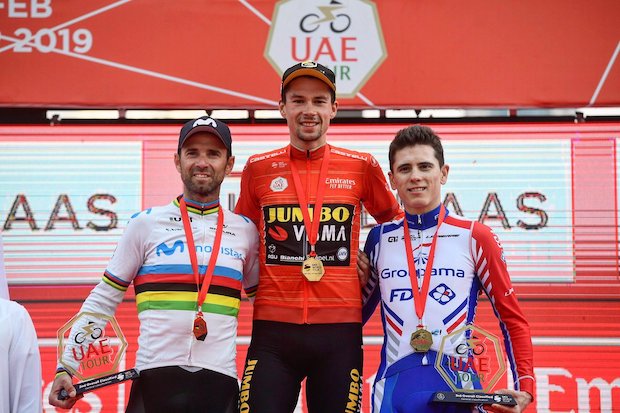 Sam Bennett (Bora-hansgrohe) sprinted to victory in the final stage of the inaugural UAE Tour with Primoz Roglic (Jumbo-Visma) claiming the overall title.

The 29 year old had taken the leaders’ red jersey after he and his teammates won the first of the seven stages – a team time trial – last Sunday.

It was a position he would not relinquish, with Roglic effectively securing the title on Friday’s penultimate stage when he triumphed at Jebel Jais.

“As a team we finished the job the same way we started,” Roglic said. “We showed again that we are a very strong team. It’s nice to have started with a team time trial victory and kept the jersey till the end.

“As my first race of the year it’s great to begin with a stage race victory. Results show that we’re ready for a promising season.”

In the last stage, Bennett edged out Fernando Gaviria (UAE Team Emirates) and Caleb Ewan (Lotto-Soudal), who came second and third respectively in a headwind-afflicted sprint. 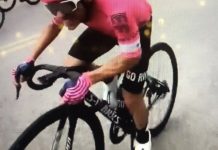