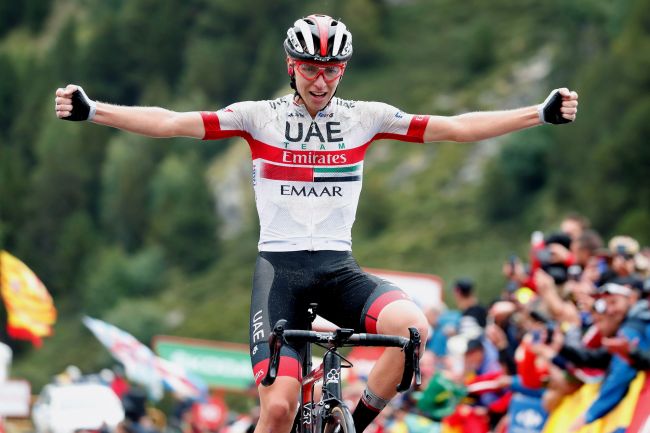 Nairo Quintana captured the red jersey in the Vuelta a Espana on Sunday after coming second in stage 9 as Tadej Pogacar won the short and punishing blast through the mountains in Andorra.

Pogacar, riding in his first Grand Tour, held his own with the Movistar trio of Quintana and Spaniards Alejandro Valverde and Marc Soler before launching an attack with three km to go up the final ascent in heavy rain.

The 20-year-old finished 23 seconds ahead of 2016 champion Quintana on the summit of Cortals d’Encamp after the 94.4km stage which began in Andorra la Vella.

Pogacar’s compatriot Primoz Roglic meanwhile staged an impressive recovery to come third, 48 seconds down, after being left to fight on his own as his Jumbo-Visma team mates badly struggled.

Miguel Angel Lopez finished one minute one second back in ninth after a crash in the stage’s gravel section but the collision did not prove too costly to his hopes of winning the Vuelta as he is third overall, 17 seconds off Quintana.

Monday is the first of two rest days, with the race re-starting on Tuesday with a 36-km individual time trial from Jurancon to Pau.