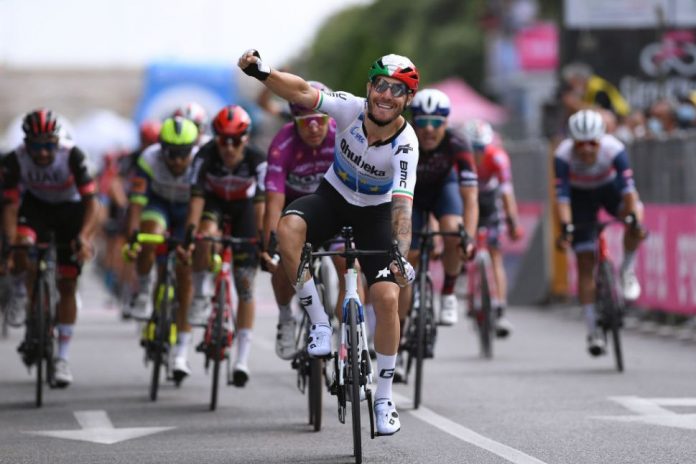 Giacomo Nizzolo won his maiden Giro d’Italia stage on Friday after the Qhubeka-Assos rider clinched victory with a fine sprint to the finish on stage 13, a 198-kilometre ride from Ravenna to Verona.

Nizzolo, who topped the points classification in 2015 and 2016 without a single stage win and has had 11 second-place finishes on the Giro, beat Edoardo Affini (Jumbo-Visma) and Peter Sagan (Bora-hansgrohe) who came second and third, respectively.

Affini seemed the likely winner in the final 300 metres but Nizzolo did well to chase him in his slipstream before slingshotting past his compatriot for victory.

“My goal was to be second, maybe that was the trick to get the victory,” Nizzolo said. “I’m super happy. The only goal I had today was to sprint and not get blocked… and it worked out.”

Egan Bernal finished in the peloton to retain the general classification lead and the race leader’s pink jersey.

Saturday’s stage 14 is a 205-kilometre tough ride from Cittadella to Monte Zoncolan.