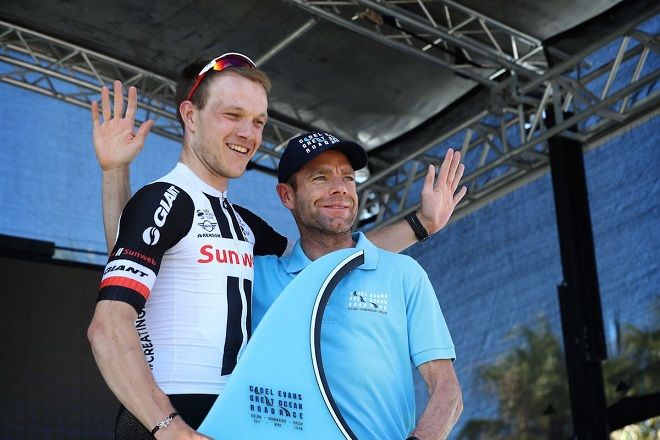 Meyer looked set to take the win after blasting away from a small leading group with just 800m to go in Geelong. But his attack failed by just a couple of metres as Arndt put down the power to reel Meyer in and just get his wheel in front at the finish.

Nikias Arndt said: “Today the team did a truly awesome job, Wilco and I were protected really well up until the final. We had a good plan to cover different scenarios on the difficult final lap. I had to fight really hard to survive the final climbs and the guys made sure I was set up for the sprint. I am really happy to finish off the trip to Australia like this and pleased that I could reward the team with a win after all of their hard work over the past three weeks.”