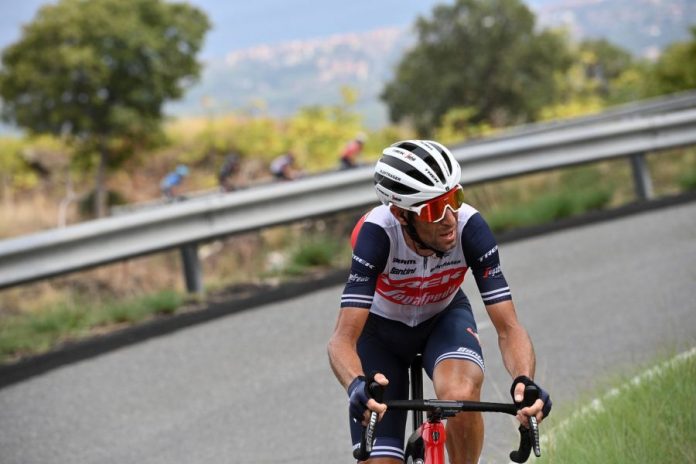 Vincenzo Nibali rolled back the years with a perfectly-timed attack on his home roads to take stage 4 and overall victory at the Tour of Sicily.

You can rewatch STAGE 4 of 2021 Tour of Sicily HERE

Trek-Segafredo’s Nibali had not won a race for Trek-Segafredo but launched a vicious kick away from Valverde’s group on the last climb of final stage to claim an impressive victory.

“I cracked emotionally because this is my first win in Sicily. I grew up riding on these roads with my dad and my young teammates but then moved away to chase my dreams when I was a teenager. It’s always emotional to come back and especially to win,” Nibali said.

“I’ve had a lot of physical problems recently and so to win here wasn’t easy. But seeing my family and friends makes it all special and difficult to hold back my emotions. I knew the roads well, especially the final descent, even if I messed up a corner due to all the emotions but it was a special moment in my career.