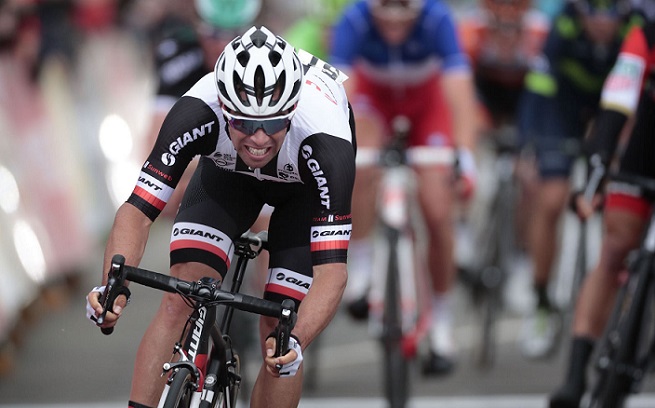 Michael Matthews (Team Sunweb) got one back on the man who denied him a World Championship in 2015, winning a thrilling sprint over Peter Sagan in stage 3 of the Tour de Suisse.

With Michael Matthews starting the day just one second behind the overall race leader and Tom Dumoulin one place behind in third position overall, it was up to Team Sunweb to help keep control of proceedings towards the head of the peloton to bring things back together for the sprint.

Nikias Arndt finished off what was a perfect lead out and delivered Matthews to the front with 150 metres to go. Michael Matthews was able to finish off the team’s work to take the victory at stage 3. His efforts also mean he takes over the lead in the overall standings to wear the leaders jersey.