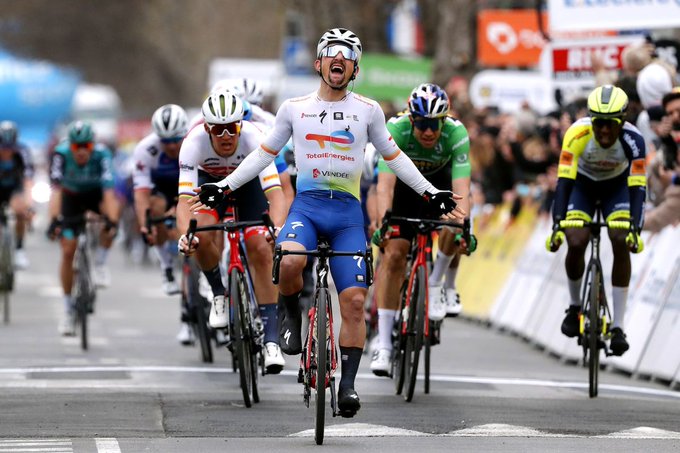 Primoz Roglic and Simon Yates remain on course for a Paris-Nice showdown on Saturday’s climb stage after outsider Mathieu Burgaudeau of TotalEnergies won the hilly stage 6 on Friday.

“The legs were really good like they had been since the start of the season, but cycling isn’t just about the physical, you have to have the confidence and be sure in your head,” Burgaudeau said.

“That’s what I was lacking in the last weeks and a lot of times in the past, but today I told myself to go and not look back. I was à bloc in the final kilometre and the one thing I told myself was not to look over the my shoulder before the finish.”

Roglic retains the yellow jersey with Simon Yates 39 seconds off the lead ahead of Saturday’s snow-threatened summit finish in the Nice backcountry.

Dani Martinez and Adam Yates remain in contention, as does the Aleksandr Vlasov or Nairo Quintana.