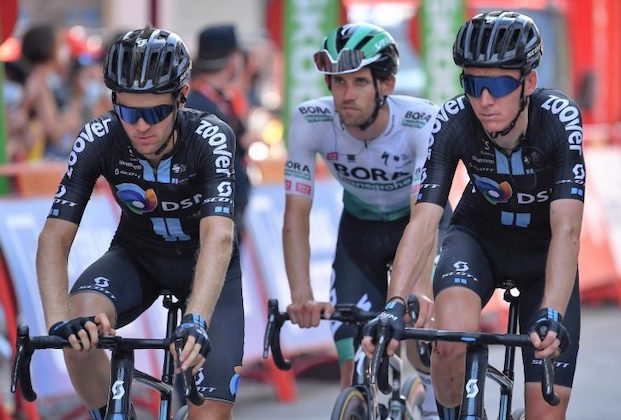 Romain Bardet was one of the biggest victims of a massive fall and had to be examined after the stage 5 of the Vuelta a Espana.

For Bardet, who was 14th in the general classification after four days, the fifth stage was one to forget quickly. The 30-year-old climber was involved in a big crash, 11 kilometers from the finish.

He was one of the biggest victims of the fall, but was nevertheless able to get back on his bike and reach the finish in the presence of team mate Chris Hamilton, 12 minutes after stage winner Jasper Philipsen.

Aerial view of the La Vuelta crash 🤕 🚴 🚴🚴
The commentary 😂 pic.twitter.com/e5Q2E2htYX

After his fall, Bardet already underwent several checks on the route and after the finish he disappeared into the team bus to be examined by the team doctor.

“Romain was able to reach the finish after his crash and the team doctors will examine him tonight. He has to undergo several checks to make sure he is okay,” said Team DSM director Matt Winston. “He crossed the line in pain, so we’re going to keep a close eye on him tonight.”