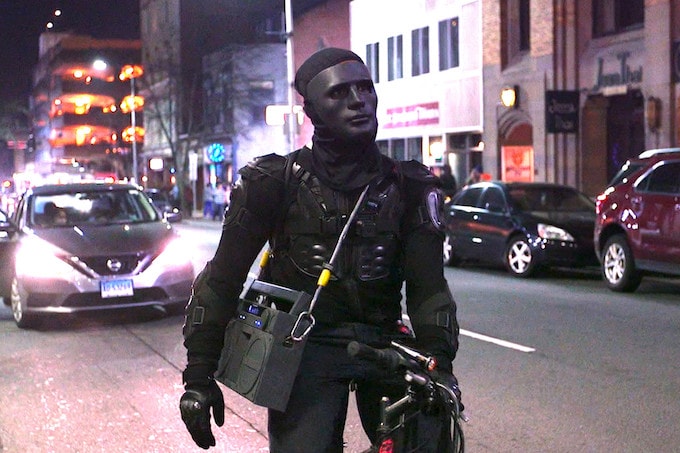 The self-titled “Masked Maniac” of the iconic New Haven city was once an average citizen by the name by the name of Sabir Abdussabur- until disaster struck in 2014.

“When I got hit by a car back in 2014, I decided to take the law into my own hands and just patrol the streets for myself to help the streets become safer,” the 24-year-old told the New York Post. “I pull over cars for speeding, for double parking, all things that would endanger either pedestrians or a cyclist,” he said.

While not paid for his services and often subjected to abuse, Abdussabur’s reward comes from the people of New Haven, many of whom have taken a liking to them.