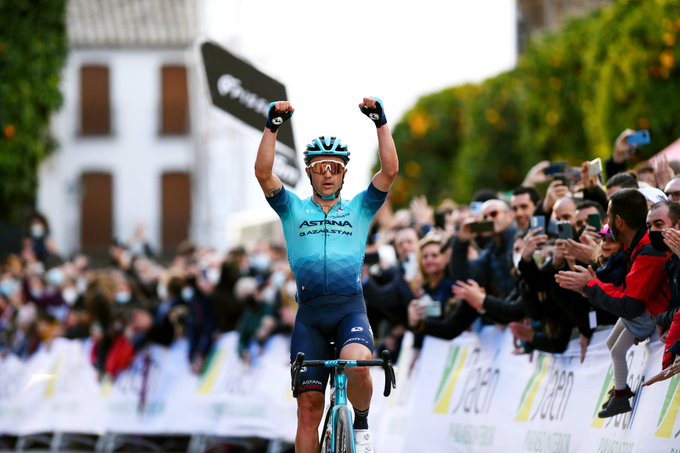 “It’s my first race of the season and a very hard one to start with, but I did a good two-week stint on Teide at altitude with the team. And yes, it’s my first race, I’ve got good morale, it’s always good to start so well,” Lutsenko said.

“It was a real nice parcours,” said Wellens. “In the beginning, we knew we needed to be at the front on the gravel zones to be outside of the dangers and the crashes. Once we came onto the local lap, it was full-on racing. In the end, it was the strongest who wins today and that is clear. Behind, we started to look at each other. Like I said, it was the strongest won, so I am happy with second.”