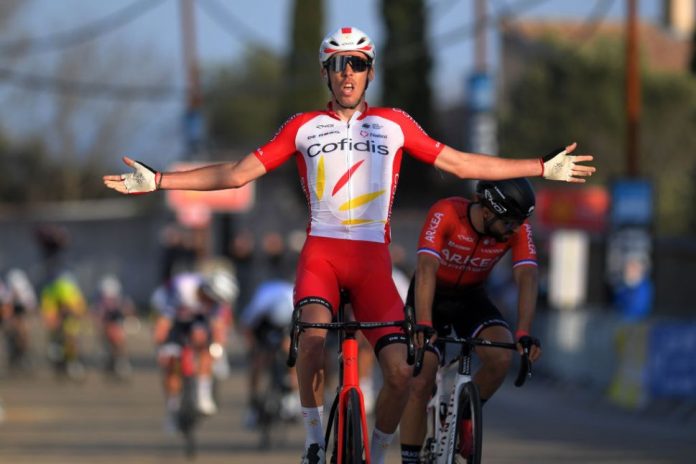 Christophe Laporte has won the opening stage of the Etoile of Besseges after the Cofidis rider was the only one who could answer a long sprint by Nacer Bouhanni.

Laporte won with a violent effort in the hill of the Tour de la Madone, a climb of 600 meters with high percentages (10% in places). He countered the attack from Bouhanni, who started the sprint from afar. Both men finished at the same time, two seconds ahead of the peloton led by Mads Pedersen.

“It’s the kind of finish that I enjoy and it’s a race that I love too,” said the Cofidis sprinter.

The first stage was marked from the start by the withdrawal of the Sport Vlaanderen-Baloise team. The Belgian squad has recorded a positive case of coronavirus on Tuesday evening and preferred to throw in the towel as a precaution.

The race scenario was classic, with a three-rider breakaway with up to six minutes early in the first half of the day. The trio were absorbed in the final by the sprinting teams.

Thursday, the second stage does not offer more relief. It connects Saint-Geniès de Malgoirès to La Calmette over 153.8 kilometers. 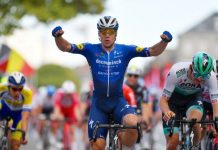 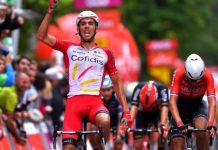 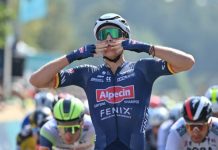 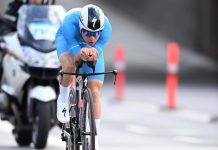 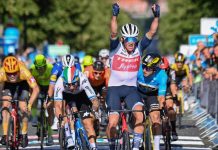