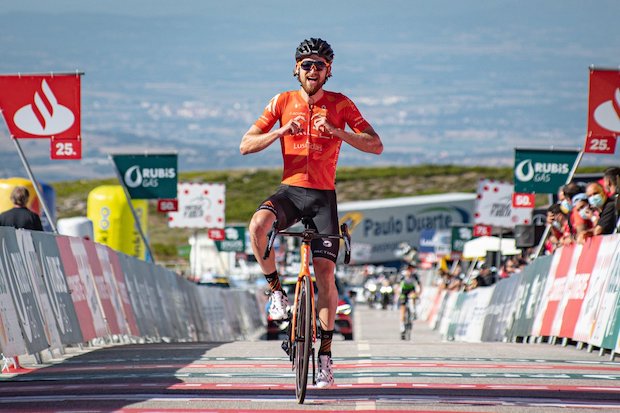 Kyle Murphy captured his second stage win in Volta a Portugal, distancing his 17 breakaway companions during the mountaintop finish on stage 8 to claim victory.

“Two is amazing, shocking, I’m over the moon,” said Murphy. “I love racing in Portugal. It’s a gigantic race, the fans are incredible, and there’s good weather.”

“The attitude in the peloton is really relaxed until it’s go time,” added Murphy. “Then, we race really really hard. I like it.”

In the general classification, W52-FC Porto has seized power. Amaro Antunes finished tenth in the stage standings and is now the new leader, 14 seconds ahead of Alejandro Marque. Behind that, Frederico Figueiredo is third at 18 seconds.