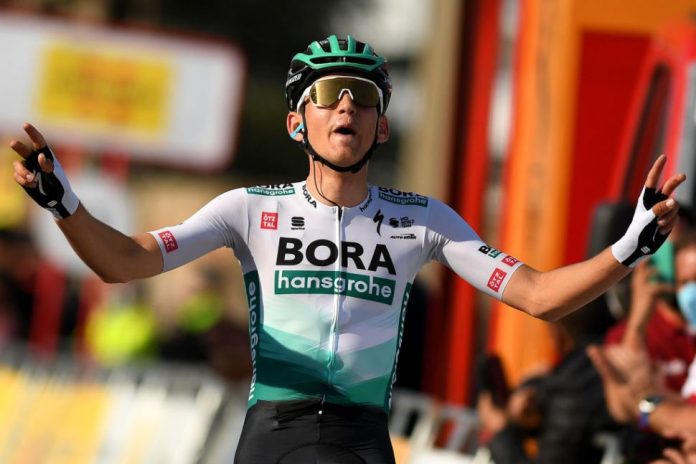 Ineos-Grenadiers controlled the stage well with Adam Yates retaining the overall lead as the main peloton crossed the finish line 1min 55sec adrift of the winner.

Kamna was an active participant in two doomed breakaways on this Volta a Catalunya, including a lung-busting solo attack on Thursday.

Despite these efforts and the two mountains on Friday’s route, he finished 39 seconds clear of Ruben Guerreiro after breaking clear of the day’s escape group.

“I didn’t plan to attack in a particular place, I was waiting for the right moment and then I just went,” Kämna said. “Before the last climb I didn’t feel so great and I wasn’t feeling so confident, so I said on the radio we should not chase so hard and let the others do the work a little bit”.

“But then in the last climb, my legs felt way better than expected and I was just happy I could finish it off.”

Saturday’s penultimate stage covers 194km through Catalonia’s typically rolling vistas and the race ends with a spectacular finale atop Barcelona’s Montjuic on Sunday.