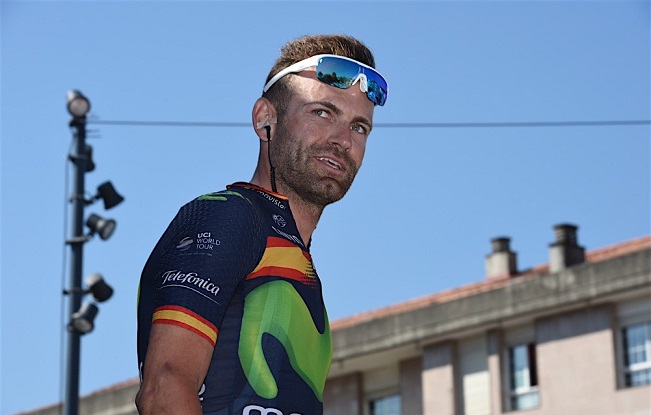 José Joaquín Rojas is back on his bike for the first time after suffering a broken leg in a crash during stage 20 of the Vuelta a España.

“Having a great moment riding on the road!!” he wrote in his Twitter update. “Like a child with new shoes.”

Rojas was another rider involved in a string of race vehicle incidents this year. While descending the Alto de Tollos, a passing vehicle forced him off his line and sent him sliding into a guard rail.

Only a week ago he posted a video of him walking without crutches for the first time, writing “Sometimes we realize how lucky we are when we are well. Walking on the street without crutches today does is priceless.”