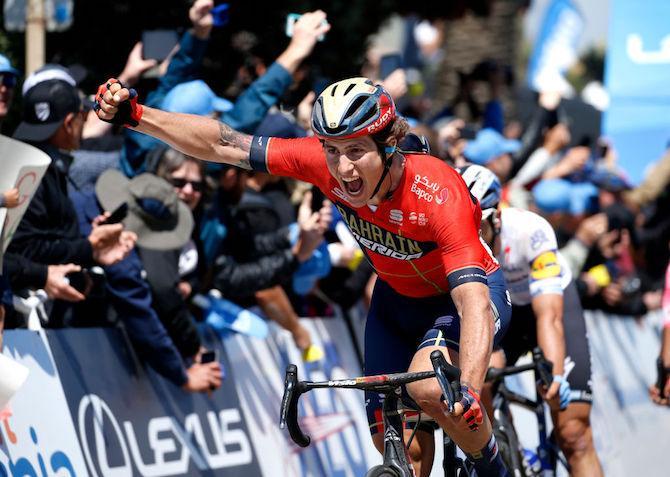 Ivan Cortina sprinted to victory in the fifth stage of the Tour of California on Thursday as American Tejay van Garderen retained the race leader’s yellow jersey.

The Bahrain-Merida rider claimed the first professional win of his career after holding off the challenge of Maximiliano Richeze (Deceuninck-Quick-Step) and Sergio Higuita (EF Education First).

Cortina took advantage of the absence of the race’s strongest sprinters to claim the win, with riders such as Peter Sagan falling away from the peloton after being dropped in the final climb of the day.

Van Garderen, who has led the overall standings since the second stage, had a comfortable ride, unlike Wednesday’s calamitous fourth stage, when he crashed after suffering a broken chain.

He initially lost his overall lead before being reinstated after a controversial decision by the race jury.

Friday’s sixth and penultimate stage sees the peloton face a gruelling finish on the slopes of Mount Baldy, the 1,942m peak in the San Gabriel Mountains outside of Los Angeles.