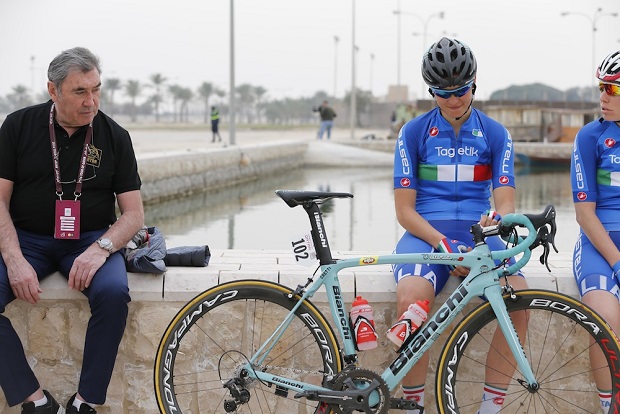 Italian cyclist Claudia Cretti, 21, continues to make progress following her horrific crash during stage 7 of the Giro Rosa, in which she struck a guardrail with her head while traveling at 90 kph.

The Valcar-PBM rider had to be airlifted to hospital after crashing, leaving her in a critical condition. She was placed into a medically-induced coma after it was feared she would suffer from permanent brain damage due to the injuries that she received to her head.

“Claudia moves well and is curious. She is listening to audio and viewing photos on her smartphone,” Cretti’s mother Laura Bianchi said.

Bianchi said that Cretti could soon be moved to a rehabilitation centre closer to the family’s home.

There’s no set return date as the rider is still in the early days of her recovery but these are encouraging signs for someone who was initially feared to have been on the end of permanent brain damage.