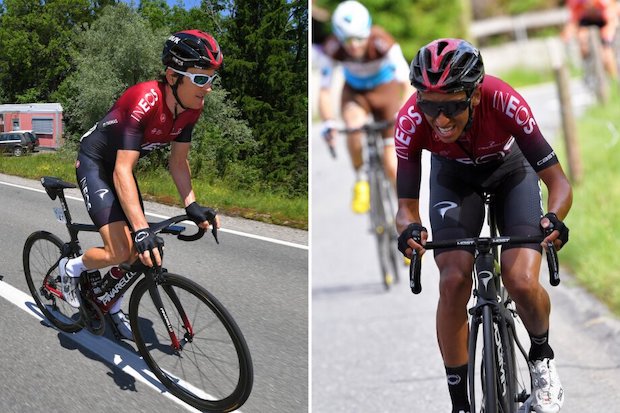 Shorn of four-time winner Chris Froome following his horrific crash earlier this month Ineos have opted -for their debut in cycling’s most famous race to share the race leadership duties.

Thomas goes into the race on the back of also having had a crash in the Tour de Suisse — though the repercussions were not as serious as in Froome’s case — a race that Bernal confirmed his burgeoning talent by winning.

“It’s no secret my build-up has been affected by the crash at Tour de Suisse but I’ve had a good block of training since and I feel ready,” said Thomas.

“Discussing with the team, we believe it makes sense to go into the race with joint leaders as it gives us more options. Egan and I will work hard for each other and the team over the three weeks of the race,” added the 33-year-old Welshman.

Bernal, one of five riders in this year’s team who helped Thomas to a surprise win last time, said approaching his second Tour de France he knew what to expect.

“As a bike rider, whatever you might think about the Tour from the outside you don’t really know it until you have raced it,” said the 22-year-old.

“Now I know what to expect, I can be more relaxed about what lies ahead and even more focused on the racing. The most important thing for my development is to enjoy racing over the next three weeks, give my best, and be happy with my performance.”

Team principal Dave Brailsford admitted the build-up had been disrupted by Froome’s crash.

However, the no nonsense Englishman had every confidence the eight man team who will line-up in Brussels on July 6 will perform as well as the team — in its previous incarnation as Team Sky — did.

“After the success of last year, we have decided to come into the race with joint leaders,” said Brailsford.

“Geraint and Egan are both in great form. They trust each other and we believe that this approach will best suit us as a Team by giving us the greatest flexibility on the road and the best possible chance of success.

“They (all eight riders) are all supremely talented in their own right as bike riders and also in great form, but their combined strengths will ensure we are strong on both the flat and in the mountains.”