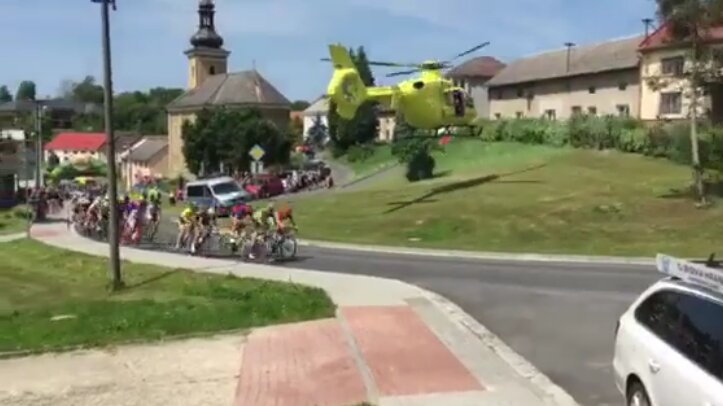 Cyclists were blown off the road by the downdraft of the helicopter during a race in Czech Republic.

The helicopter took off just as the riders started the race. The front of the peloton managed to pass, but other riders were blown to a stop and some were blown off their bikes.