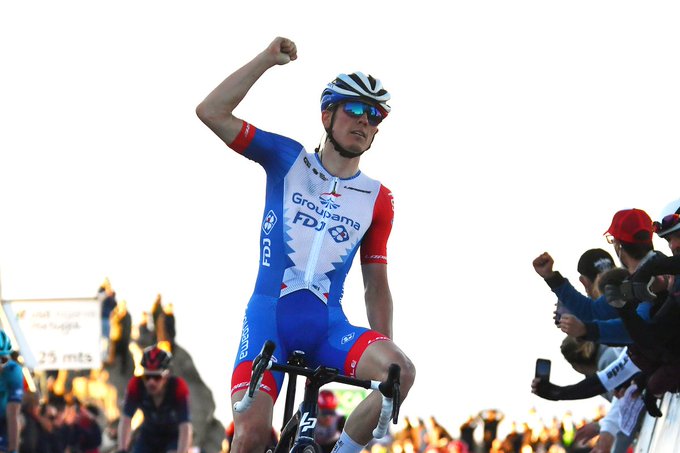 David Gaudu (Groupama-FDJ) claimed the victory on the first summit finish on stage 2 of the Volta ao Algarve.

The Frenchman bided his time on the summit finish, attacking with 300m to go and avoiding an unusual finish line crash between Tobias Foss (Jumbo-Visma) and Sergio Higuita (Bora-hansgrohe).

“I wanted to be at the front, I know the sprint is fast,” Gaudu said. “I waited, waited, and saw they were going wide in the last corner. I tried to turn inside as much as possible and managed to avoid the crash to my left. I was launched and I was able to cross the line first. I was in front when the crash happened, so I think I still would have won anyway.”

Gaudu holds a one second lead on GC over six riders including Hayter and Remco Evenepoel.