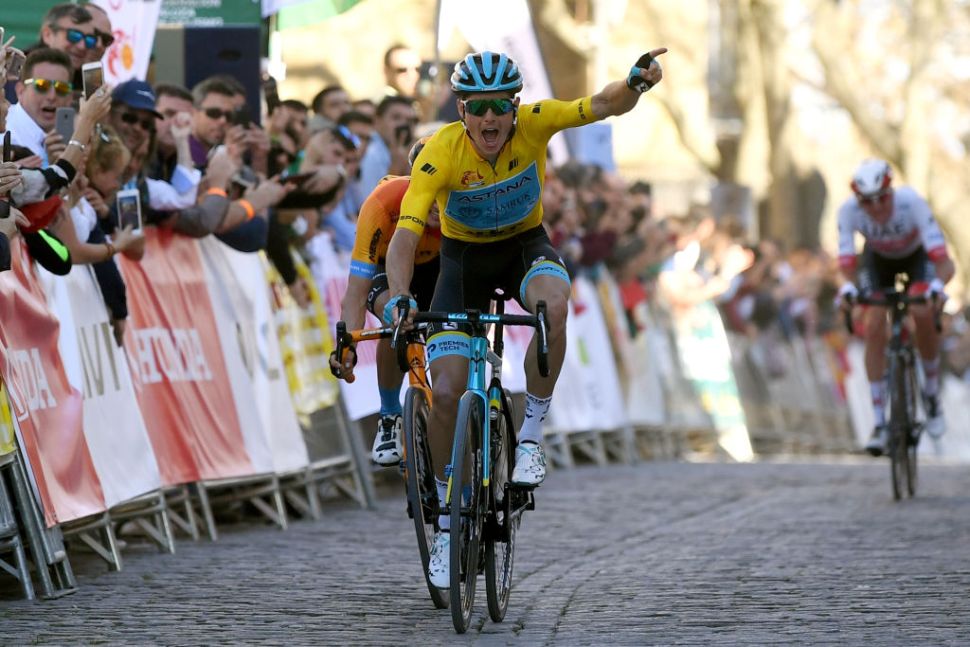 Jakob Fuglsang won the third stage of the Vuelta a Andalucia on Friday to stretch his overall lead.

He edged Pello Bilbao (Bahrain McLaren) with Brandon McNulty (UAE Team Emirates) leading the pursuers in, one second behind.

Dylan Teuns (Bahrain McLaren) and Jack Haig (Mitchelton-Scott) were gapped inside of 50m to go, when the pair at the front inexplicably took the race vehicle caravan exit, costing them precious seconds.

Fuglsang remains in command of the general classification, ahead of the Bahrain trio of Mikel Landa, Bilbao and Teuns.

Landa is 14 seconds behind in second. Bilbao is 30 seconds adrift in third. Teuns is a further second behind in fourth.

On Saturday, the fourth and penultimate stage will take riders over 126 km between Villaneuva Mesia and Granada, before the decisive fifth and final stage, a 13km individual time trial around Mijas on Sunday.