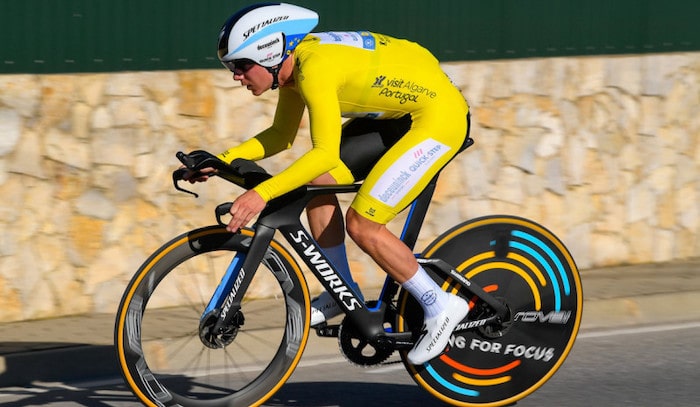 The young Belgian blasted over the course, knocking back Dennis who beat him in Yorkshire, and won his second stage race in two starts.

“I went full gas today, and by the time I finished I knew the GC was safe, but nobody knew what was the stage result,” Evenepoel said. “It was only when Tom [Steels] told me the result in the radio that I was relieved and could celebrate this win, which was important, as it came against the World ITT Champion and after a hard week of racing, where I went all out on both summit finishes, but also on today’s hard course.”