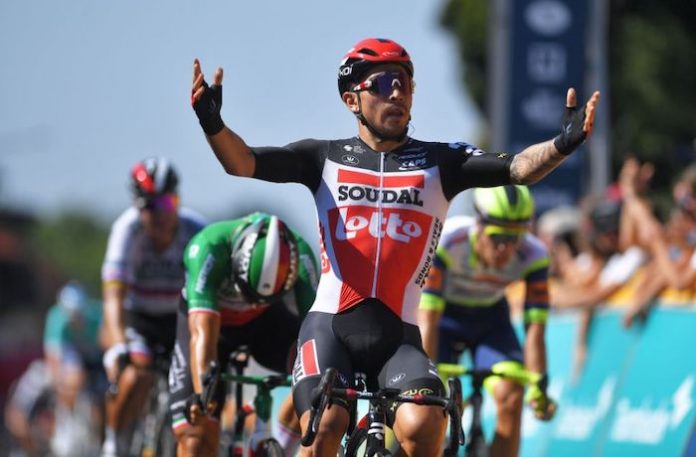 Caleb Ewan powered to victory on stage five of the Benelux Tour on Friday, leaving Sonny Colbrelli trailing at the finish line in northern Belgium.

You can rewatch STAGE 5 of 2021 Benelux Tour HERE

Stefan Bissegger gave up his overnight lead after being dropped on a high-speed stage with his compatriot Stefan Kung taking top spot with two stages to go.

Bissegger was not alone in disappointment as Kasper Asgreen would have taken the blue overall leader’s jersey had it not been for a late mechanical failure.

Ewan, 27, might have expected to take the Tour de France green jersey in July but suffered multiple injuries on stage three of a crash-blighted opening week and this victory in Bilzen was his first win since the accident.

On an uphill finish over the final kilometre Ewan burst past Colbrelli and Peter Sagan, who faded to fourth when he saw he was beaten.