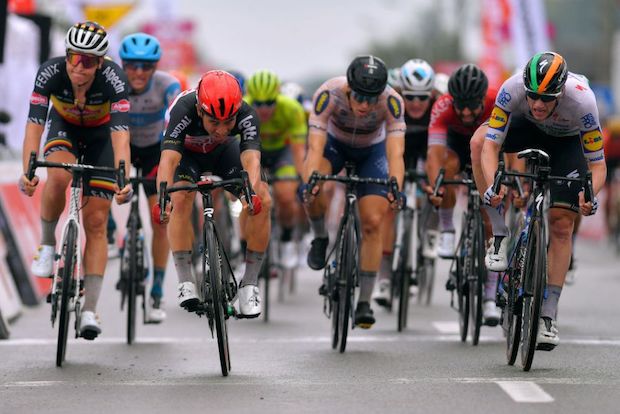 Caleb Ewan (Lotto Soudal) triumphed in the final sprint to take the victory in the opening stage of Tour de Wallonie. Sam Bennett finished second on the day with Tim Merlier taking third.

“The whole day was quite nice until it started raining with one hour to go,” Ewan said. “The rain and cobbles on the finishing circuit made it a super nervous run-up to the final sprint. My team did a good job in keeping me close to the front. In the end, I was a little bit far, but that was perfect since my competitors launched the sprint very early and I could come back in the final metres.”

Tomorrow’s stage 2 should be another one for the sprinters before the terrain becomes more undulating for the final two stages with plenty of short and sharp climbs on Tuesday and Wednesday.