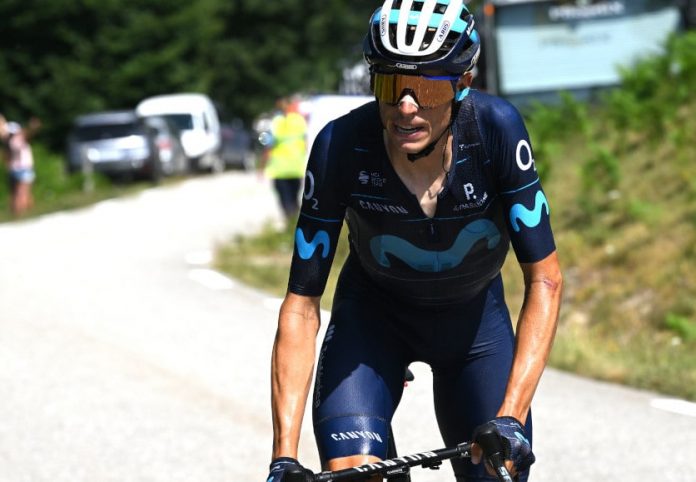 Movistar’s Tour de France wasn’t a great one with Enric Mas being forced to abandon two days before Paris due to a positive covid test, but he never really had a chance of a place in the top 5 of the final classification and admitted to suffering from fear of crashing.

In the stage to Hautacam, Mas was in the breakaway, but he lost contact with the other escapees because of fear of crashing.

“I have an internal fear on descents this Tour de France, having fallen three times earlier this year. That explains my situation and we have to look for a solution,” Mas said after the stage.

“His mental block during this Tour is not normal”, said Movistar’s boss Eusebio Unzue. “But it did help us because it is clear that at 27 years old he still does not have the ability to lead a team. He is not yet ready to take on the responsibility of a team, and the dreams of a country”

“We also have to be patient with that,” said Unzue. “We have to wait for that maturity to arrive. I don’t know if he’s good to go to the Vuelta a Espana now, but I also know that Enric will never consider not starting.”

Vuelta starts on August 19 in Utrecht and could be very important for Movistar. The Spanish WorldTeam is in fear of relegation, according to the latest UCI ranking. BikeExchange virtually passed Movistar last week due to the victories of Simon Yates, leaving only Lotto Soudal and Israel-Premier Tech in the battle.