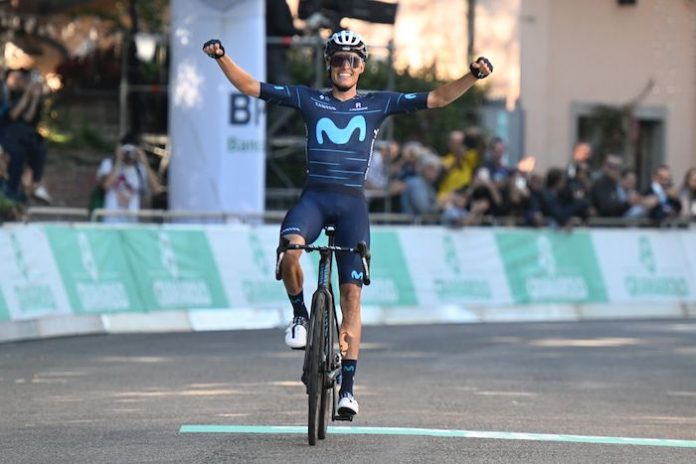 Enric Mas followed up his second-place finish at the recent Vuelta a Espana by beating Tadej Pogacar to the Giro dell’Emilia on Saturday.

Mas broke away on the fifth and final climb to the Sanctuary of the Madonna of San Luca to snatch the win from race favourite Pogacar, who will be defending his Il Lombardia title next weekend.

Pogacar had controlled much of the race with his UAE team, but had to content himself with second place ahead of Domenico Pozzovivo. Alejandro Valverde took fourth spot ahead of the final race of his long career in northern Italy next Saturday, the final monument of the cycling season.

“I had some good training after La Vuelta and I knew I was going to be in good shape,” Mas said.

“Alejandro [Valverde] was there, he fought until the end, and this time I was able to finish off. Everyone knows who Tadej Pogacar is – it’s a great satisfaction for me to have won with an attack when he was racing.”

“It was a difficult year,” Mas said. “At the beginning of the season I had quite a few crashes and the team lost trust in me. Luckily, after the Tour we did a good ‘reset,’  and now, here we are, feeling good and with a lot of confidence.”