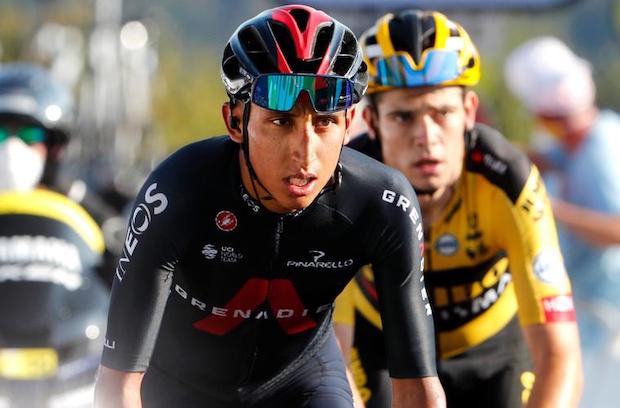 Defending champion Egan Bernal was at a loss to explain the brutal failure that ruled him out of contention on the Tour de France in the 15th stage on Sunday.

The Colombian was suddenly dropped by the main group of favourites in the ascent to the Col du Grand Colombier, a 17.4-km effort at an average gradient of 7.1%, and he never managed to fight his way back, losing 7:20 on the line.

“Today I lost three years of my life” Bernal said. “My back is not the excuse. Now the team will have to change our plans through the rest of the race.”

“Winning the Tour is impossible now. I did my best, for myself and for the team. There are other riders who are stronger than me, and I have to accept that. I felt empty and had no strength. There are no other excuses. I just didn’t have the legs.”

Bernal had been struggling since the beginning of the Tour and Sunday came as a terrible confirmation of his shortcomings.

“I was already suffering on the first climb,” Bernal said. “I told my teammates that I was on my limit. I tried to fight to the end, but I knew I would never get up the final climb.”