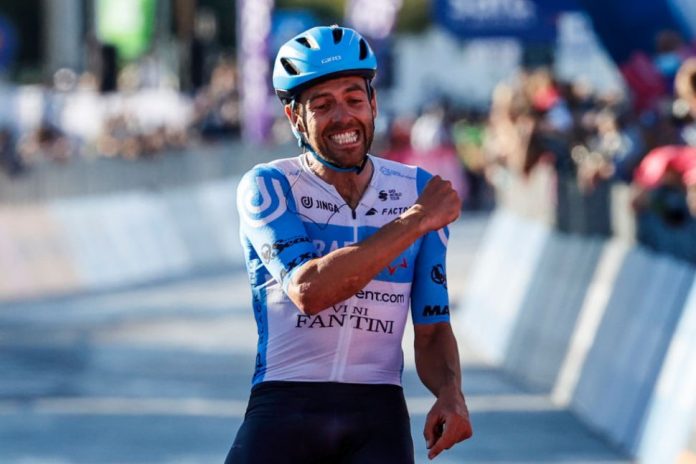 Dowsett attacked from a six-man breakaway group 17 kilometers from the end, a 200-kilometer route from Giovinazzo to Vieste.

The 32-year-old put his hands to his head and shook it as if incredulous as he approached the finish line. His only previous stage win at the Giro was an individual time trial in 2013.

“I don’t have a contract for next year right now and I have a baby on the way in January. So I can’t tell you how much I’ve been worrying this year, just what I’m going to do next year. And I just can’t believe that’s happened.”

Salvatore Puccio won a sprint for second, just ahead of Matthew Holmes and Joseph Rosskopf. They were one minute and 15 seconds behind Dowsett.

The peloton finished 14-minutes later, with Joao Almeida keeping the pink jersey for another day.